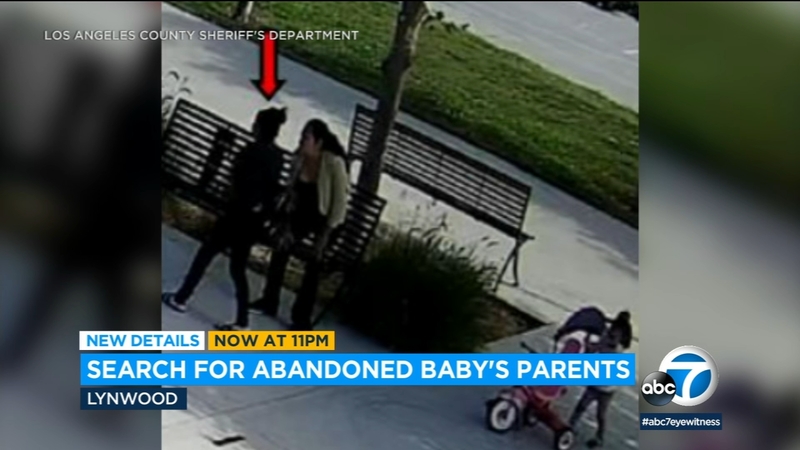 Person of interest sought after newborn abandoned in Lynwood

LYNWOOD, Calif. (KABC) -- Authorities released images of a person of interest sought for questioning after a newborn boy was abandoned in a bathroom at a Lynwood park last week.

The Los Angeles County Sheriff's Department on Wednesday released a sketch, along with images of a female pushing a pink three-wheeled stroller in the area.

The infant was found Friday morning inside a trash can in a women's restroom at Yvonne Burke-John D. Ham Park.

The infant was taken to a local hospital where he's said to be in stable condition. It is believed he was born between June 9 and June 11.

Authorities have not yet identified the child's parents. They ask anyone with information to contact the sheriff's department's Special Victims Bureau at (877) 710-5273 or provide anonymous information to Crime Stoppers at (800)222-TIPS.

California has a Safe Surrender law allowing parents to safely surrender their baby at any hospital or fire station. Information about the program and locations in Los Angeles County is available here or by calling 1-877-222-9723.