A brush fire broke out in the Los Padres National Forest above Santa Barbara and Montecito Thursday amid dangerous winds.

An evacuation warning was in effect for the area north of Highway 192, east of Cold Springs, west of Buena Vista and south of East Camino Cielo, according to Santa Barbara County's Office of Emergency Management.

Air tankers, helicopters and more than 130 firefighters were working to beat back the flames.

"We have 15 mile an hour down canyon winds predicted for this afternoon and this is right above the Montecito foothills here, and it's a very heavily populated area. There's approximately 4,500 people affected in an evacuation warning right now. It's only a warning, it's not mandatory but we're just trying to get the word out to those people to just stay aware," Zaniboni said.

A red-flag warning is set to go into effect Thursday night until 6 p.m. Friday for the Los Angeles and Ventura county mountains, the Angeles National Forest and the Los Padres National Forest, the National Weather Service said.

The Southland is expected to be hit by the "first significant Santa Ana wind event" of the season Thursday night. The NWS said should a fire start, it could easily spread.

Many fire departments have stationed additional crews in high hazard brush areas to deal with the increased fire risk.

Gusty winds contributed to a fire that burned nine acres of rugged terrain west of Stevenson Ranch overnight. During the fire, sustained winds of 18 mph with gusts up to 42 mph were reported in the Santa Clarita area.

The windy weather is expected to stick around through at least Friday afternoon. 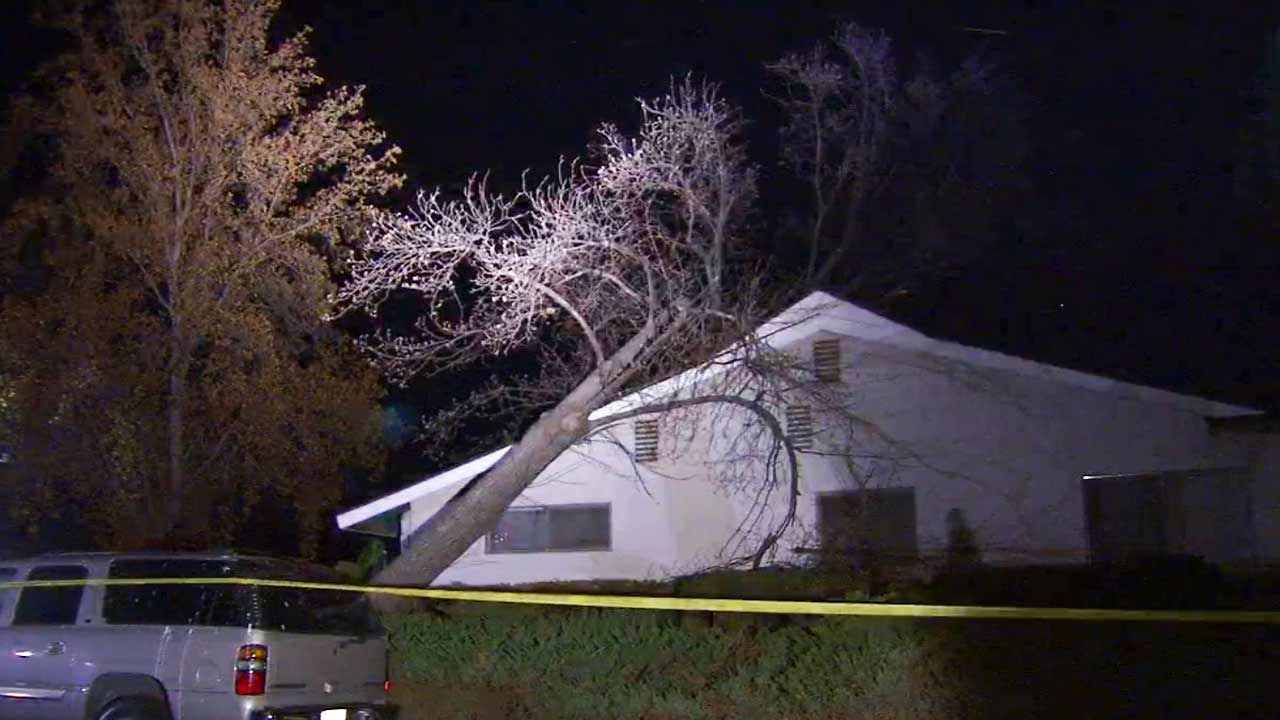