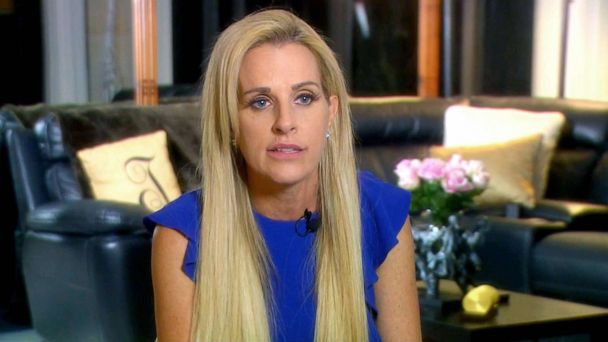 ABCNews
By ELLA TORRES
A former beauty queen was sentenced to one month in prison over Social Security fraud involving checks issued to her mother.

Karyn Turk, winner of the 2016 Mrs. Florida pageant, was accused of stealing her mom's checks instead of sending the funds to a nursing home where her mother lived as she suffered from Alzheimer's, according to prosecutors.

Turk pleaded guilty in September to a misdemeanor charge of Social Security fraud, but told ABC News the assertion that she didn't care for her mother, who died in July 2019 at the age of 83, is preposterous.

"I had an excellent relationship with both of my parents. My mom, unfortunately, was affected by Alzheimer's, and it became harder and harder to care for her," she told ABC News on Saturday. "I tried as hard as I could to care for her."

Turk, 47, said she couldn't go into details as to why she took a plea but that it wasn't as simple as her just taking checks from her mom.

The judge in the Southern District of Florida court, however, thought differently.

"Choices in life have consequences, I'm sorry to tell you," the judge said at the sentencing on Friday, according to The Associated Press. "If you steal from the government, you're not going to have a reputation as an honest person."

Turk will have to report to prison on March 2, the AP reported, though she plans to appeal.

Prosecutors said that while her mother was receiving social security checks, Turk "abused her position of trust, used her mother's SS funds for her own benefit, and then lied to SS in order to cover up the crime," according to court records.

Payments to the nursing home amounted to more than $240,000. The facility eventually took Turk to court over the debt.

Turk provided the government with a check for $46,000, according to court records.

She has also filed her own suit, a wrongful death suit, against the Finnish-American Village assisted living facility.

She alleges that her mother was mistreated at the facility, and that her state of mind deteriorated much more quickly than it should have.

"I take responsibility for my actions. I took responsibility. I took a plea," Turk said. "However, that doesn't negate what happened to my mother."