President Trump weighs in as abortion battle heats up in Missouri, Alabama 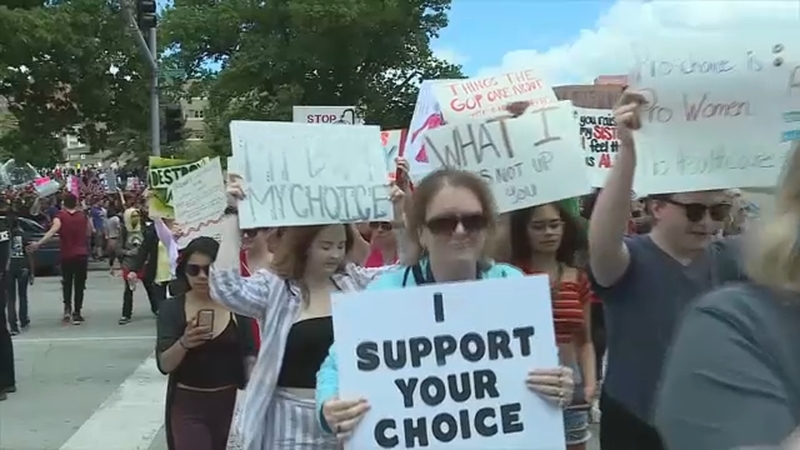 Battle for abortion rights heats up with protests

WASHINGTON, DC -- Demonstrators in Alabama and Missouri were out protesting recent anti-abortion measures passed in both states.

They are the latest in a series of restrictive abortion laws passed this year alone.

Hundreds marched this weekend to the Alabama State Capitol and thousands more joined in protesting in Kansas City, Missouri.

Once in effect those measures criminalize the procedure for doctors and makes no exceptions for rape or incest.

Alabama and Missouri are part of a wave of conservative states aiming to legally challenge Roe v. Wade.

But some prominent pro-life republicans are distancing themselves from the new state laws.

"You're seeing laws on both sides of this argument that are in the extreme," Sen. Mitt Romney said. "I don't support the Alabama law."

President Trump also tweeted that he is "strongly pro-life" but with three exceptions for "rape, incest and protecting the life of the mother."