'Above the Fold' breaks tradition at Japanese American National Museum 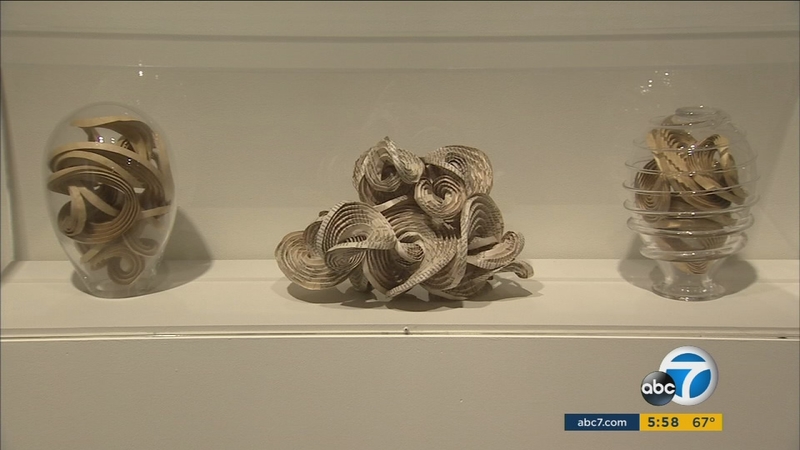 'Above the Fold' breaks tradition at Japanese American National Museum

LITTLE TOKYO, LOS ANGELES (KABC) -- The art of paper-folding is on display in Little Tokyo. Some of the forms are so complex, it took mathematicians and scientists to make them.

And yet, the sculpture is mostly made from paper and cardboard.

The "Above the Fold" exhibit is on display at the Japanese American National Museum in Little Tokyo.

The artists include a design professor and a laser physicist who used to work at Jet Propulsion Laboratory.

"There are many applications for origami. Science, medicine, space exploration, airbag design, but this exhibition is how origami is used by artists," curator Meher McArthur said.

In all, there are nine artists from six different countries exploring the art of origami.

Most of the artists are not from Japan, but the Japanese roots for the art cannot be missed.

Visitors can participate in the exhibit by folding a simple link for an origami chain.