Acetaminophen dosage should be carefully monitored 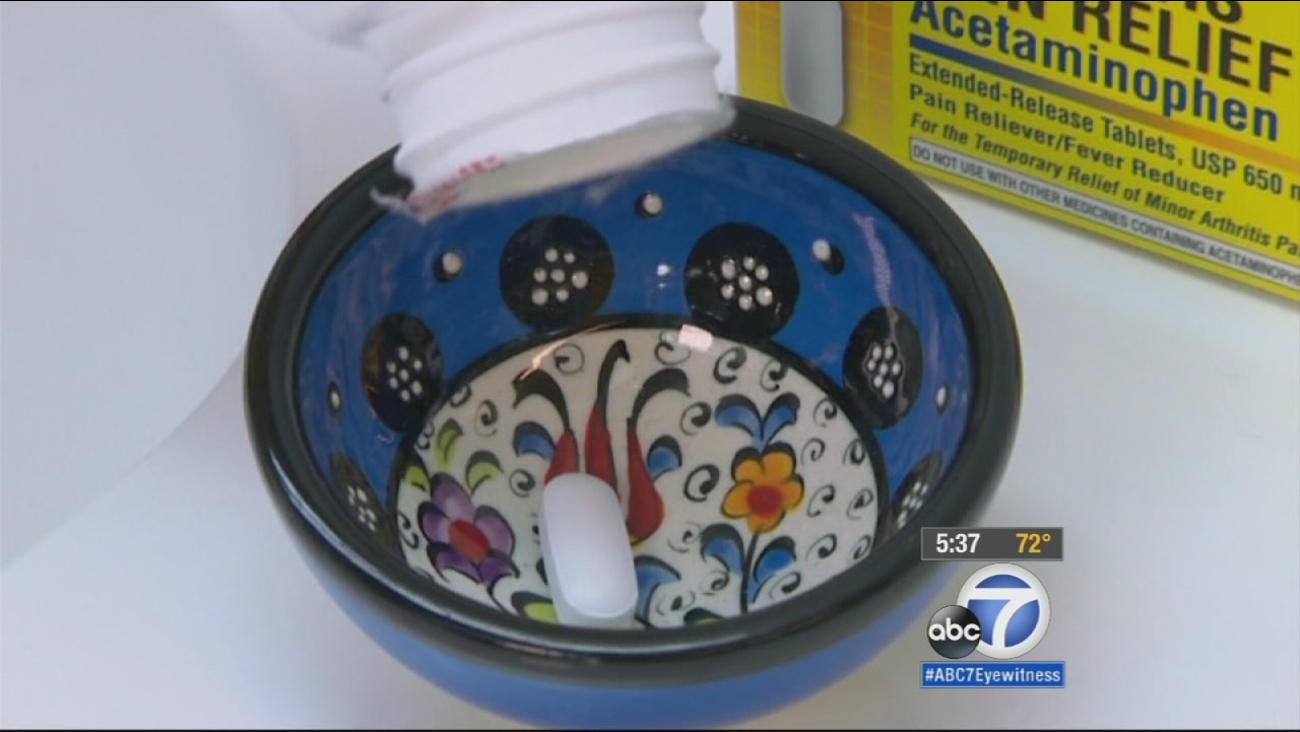 Acetaminophen is found in many over-the-counter drugs. Consumer Reports says consumers should pay close attention so they don't exceed the proper dosage. (KABC)

Antonio Benedi has to take handfuls of medicine every day because his liver failed in 1993 and he had to have a transplant. The diagnosis - acetaminophen toxicity. It nearly killed him.

"My family called in a priest, and they gave me the last rites," Benedi said.

Benedi had been taking Extra Strength Tylenol at the recommended dose for a few days for the flu. He sued and won a large judgment because of Tylenol's failure to warn of the possible dangers of mixing Tylenol with alcohol.

Tylenol now has such a warning and recently voluntarily lowered its recommended maximum daily dose.

How much acetaminophen is safe is not so clear. Recommended dosages vary widely in over-the-counter drugs. Still, a Scottish study of over 650 people found that repeatedly exceeding 4,000 milligrams of acetaminophen for even just a few days can cause brain, kidney and liver problems.

"Daily limits on a number of products found on drugstore shelves come close to the 4,000 milligram threshold cited in the Scottish study," Gill said.

For example, the maximum daily dose of Mucinex Severe Cold contains 3,900 milligrams of acetaminophen. So do Dristan Cold and a generic arthritis medication.

Consumer Reports says to be safe, take no more than 3,250 milligrams of acetaminophen per day. It's important to read labels and to avoid combining drugs, so you stay below that limit.

Also, be aware that you should not take acetaminophen at all if you are a heavy drinker or have liver disease.

A heavy drinker is defined as someone who regularly has three or more drinks a day. Also keep in mind that the Food and Drug Administration says lower dosages of acetaminophen are just as effective as extra strength, so you can avoid taking more acetaminophen than you need by sticking to regular strength.