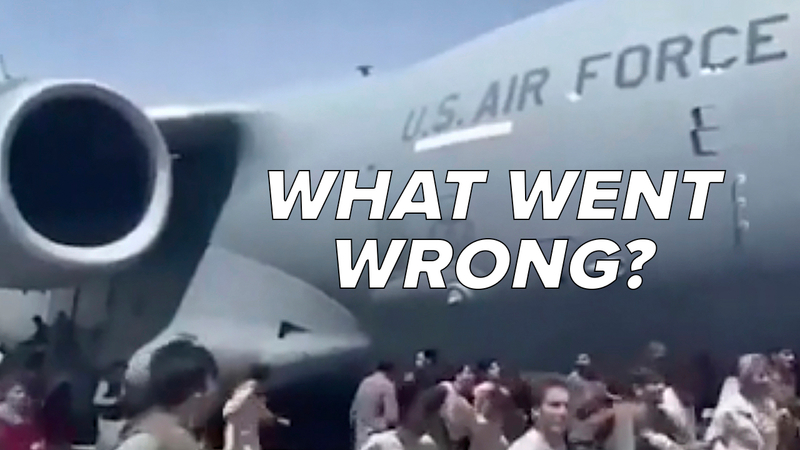 Make Me Smarter: Here's why Afghanistan fell so quickly

New York -- Desperation prompted panic in the Afghan capital as thousands of people who overran Kabul's international airport were unable to board the last flights to freedom. By some accounts, they were clinging to the planes, even strapping themselves to the aircraft's landing gear. They are willing to risk their lives as stowaways, rather than take their chances under Taliban rule.

The U.S. military struggled to secure the airfield, where even 2,500 troops were clearly not enough. In the heart of the city, Taliban fighters took up positions on street corners and set up checkpoints, tightening their grip on the capital city after rolling across the nation with little or no opposition.

Many experts say the United States miscalculated, that administration officials overestimated the strength of the Afghan army and underestimated the capabilities of the Taliban fighters. Once the U.S. signaled its intention to leave, the nation was overrun in a matter of days.

"This is an unmitigated disaster, first and foremost for Afghans. And I would also say that it's an American-sponsored disaster in many ways, we collectively hold responsibility for that across party lines," said Professor Ben Hopkins of George Washington University, a noted expert on Afghanistan.