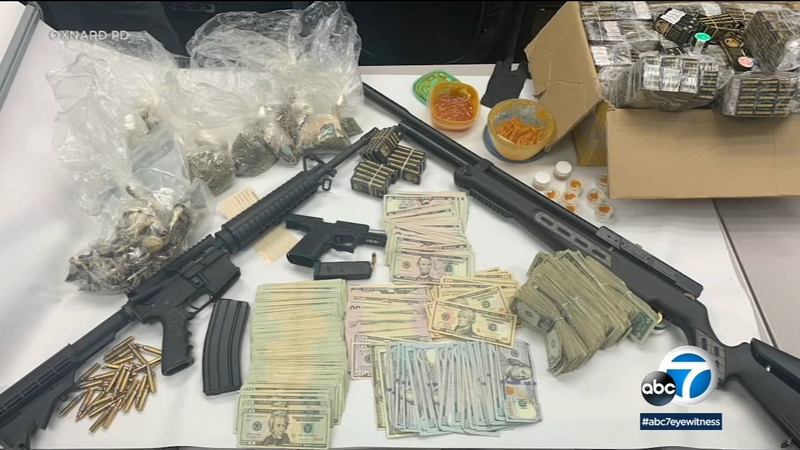 OXNARD, Calif. (KABC) -- After a 9-year-old boy accidentally shot himself in Oxnard, police discovered illegal weapons, cash and drugs at the home and arrested a 17-year-old.

The shooting was reported around 9 a.m. Tuesday in the 1200 block of South N Street. A child had shot himself in the hand with a handgun he found inside the home and had thought was a toy, police say.

The boy was brought to a local hospital and was in stable condition.

The Oxnard Police Department's Family Protection Unit began investigating the circumstances of the shooting and served a search warrant at the home. Officers found and seized thousands of dollars in cash, a rifle, a semi-automatic "ghost" gun, concentrated cannabis and psilocybin mushrooms.