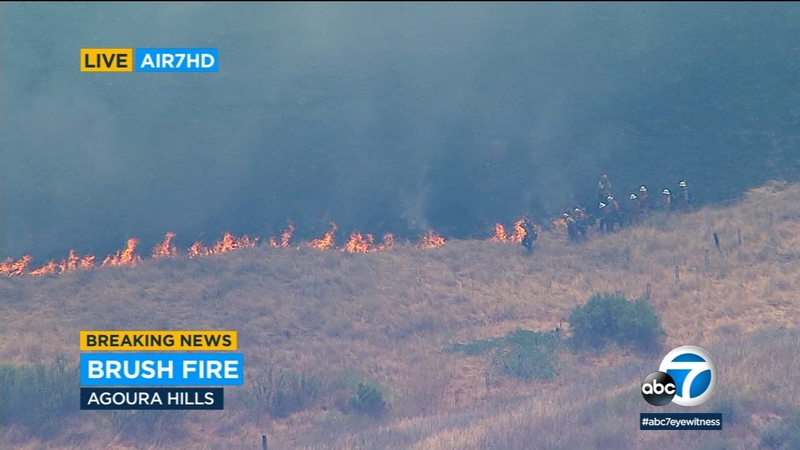 The so-called Vista fire began shortly before 2:30 p.m. about one mile south of the 101 Freeway at Cheseboro Road, prompting a mutual-aid response from multiple fire agencies.

No injuries were reported, and no structures were immediately threatened. However, the rising smoke was visible from a nearby residential cul-de-sac where several fire engines were staging.

After 4 p.m., the Los Angeles County Fire Department said the blaze was 50% contained.

The cause of the fire is unknown. The forecasted high temperature in the area on Friday was 79 degrees, according to the National Weather Service.