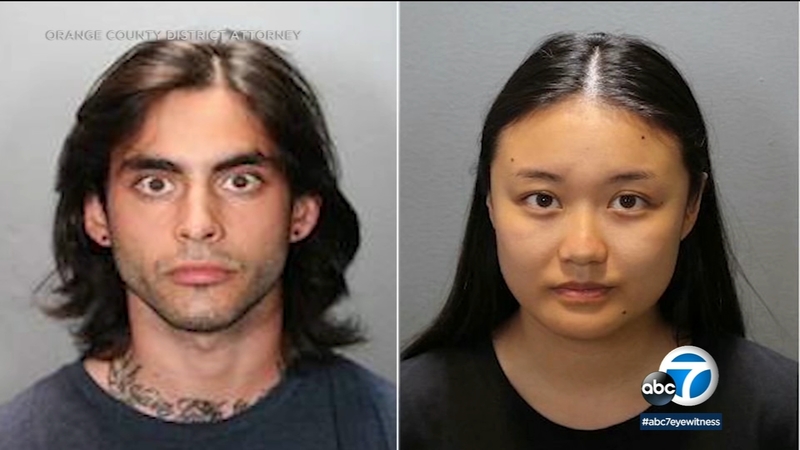 Couple accused in killing of Aiden Leos plead not guilty

SANTA ANA, Calif. (KABC) -- The couple accused in the road-rage shooting that killed 6-year-old Aiden Leos have pleaded not guilty to the charges against them.

Eriz, who was previously being held on $2 million, was ordered to remain jailed without bail. Judge Larry Yellin said Eriz's alleged actions during the shooting and after, with prosecutors claiming he wielded a gun at another motorists days later, were "alarming."

"This brazen act of threatening other commuters with a loaded firearm shows this Court that the Defendant cannot control his emotions and the smallest event can set him into a deathly rage," prosecutor Whitney Bokosky wrote in the filing.

Bail for Lee, who is charged as an alleged accessory in the shooting death of the boy, will remain at $500,000, but Orange County Superior Court Judge Larry Yellin has asked that Lee undergo a background review ahead of another bail hearing set for next Friday.

A pretrial hearing was scheduled for Aug. 27.

The prosecution said in court that Eriz and Lee drove through the scene of the crime while on their way to work, passing signs that read "Who shot Aiden" but still refused to turn themselves in.

According to court documents, Eriz allegedly pulled out a gun and fired at a car on the 55 Freeway in Orange during a road-rage incident on May 21. Court documents state the Lee cut off Aiden's mother while in the HOV lane and put up a peace sign with her hand as she drove off with Eriz in her white Volkswagen.

As Aiden's mother passed the Volkswagen to exit, she put up her middle finger at the suspects. That's when Eriz allegedly opened fire, with a bullet going through the back of the victim's vehicle and killing Aiden, who was sitting in a booster seat in the backseat while on the way to kindergarten.

Days later, a co-worker told Eriz that authorities were looking for a car similar to the one he used with Lee, the court filing said.

Eriz then hid the car in a relative's garage and instead started using a red truck, shaved his beard and began pulling back his hair, prosecutors said in the document.