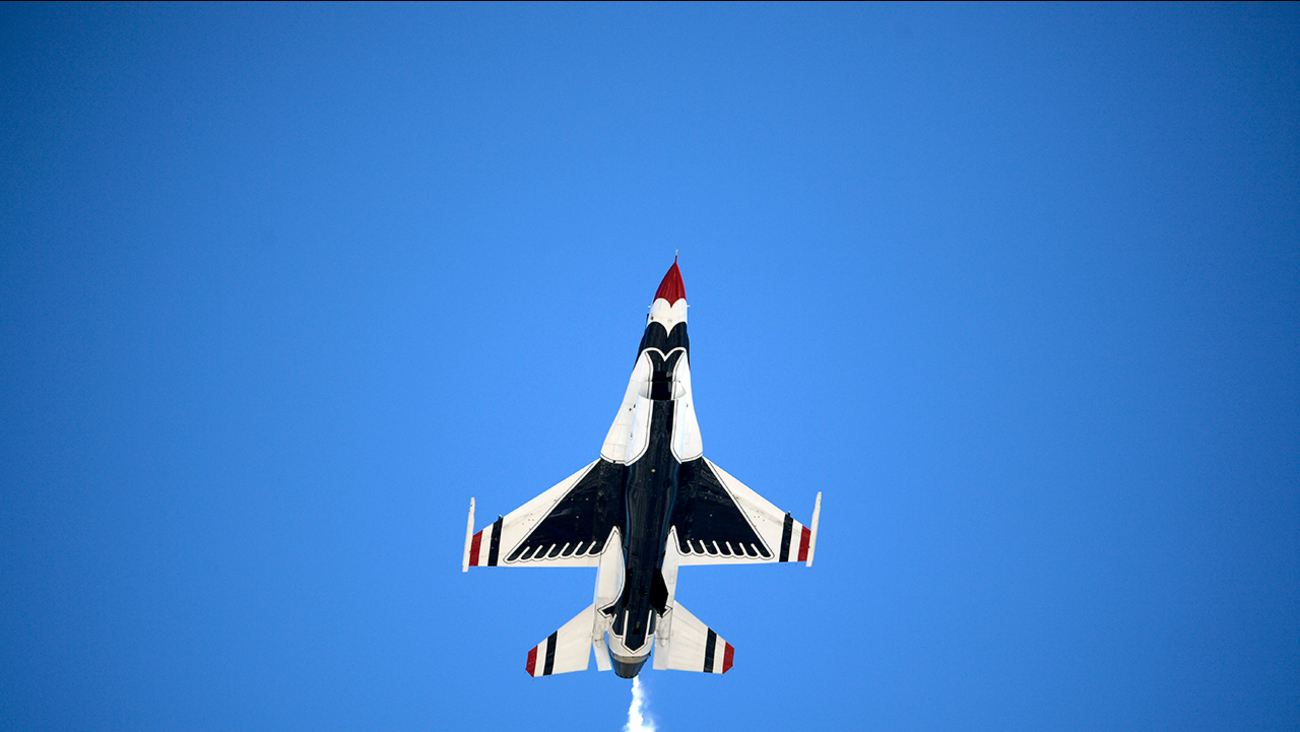 The pilot, whose identity was withheld pending notification of family, crashed over the Nevada Test and Training Range after departing from Nellis Air Force Base, a news release said.

According to the statement, emergency personnel responded the scene after the crash happened about 10:30 a.m.

The cause of the accident was under investigation.

A U.S. Air Force Thunderbirds pilot was killed when his F-16 Fighting Falcon crashed over the Nevada Test and Training Range today at approximately 10:30 a.m. during a routine aerial demonstration training flight. https://t.co/5dLwe3Gs2A

The pilot's death prompted the cancelation of the Thunderbirds' participation in this weekend's March Field Air & Space Expo in Riverside County.

"It is unknown how this accident will impact the remainder of the 2018 Thunderbirds season," the Air Force statement said.

It was the third aviation incident involving the U.S. military in the past 48 hours.

A pilot ejected safely as a Marine Corps Harrier jet crashed shortly after takeoff Tuesday at Camp Lemonnier in Djibouti.

That same day, a Marine Corps CH-53E Super Stallion helicopter crashed near El Centro in Imperial County. All four crew members were presumed dead. They have not been publicly identified.