A number of airlines, including Frontier, have been forced to pay over $600M in flight refunds to passengers amid pandemic woes.

WASHINGTON -- Airlines have paid more than $600 million in refunds to hundreds of thousands of passengers for canceled or changed flights since the start of the COVID-19 pandemic, the Department of Transportation announced Monday.

At the same time, federal regulators are cracking down on a half-dozen airlines they say skirted rules, which determine when refunds are issued. This all comes as airlines are struggling to keep up with a rapid rise in demand for air travel.

The department is also issuing $7.25 million in fines against the six airlines for the "extreme delays in providing those refunds to passengers," Transportation Secretary Pete Buttigieg said on a call with reporters.

That brings the total assessed fines for 2022 to $8.1 million -- a record in civil penalties for the department's consumer protection program.

"(T)he department's expectation that when Americans buy a ticket on an airline, we expect to get to our destination safely reliably and affordably. And our job at DOT is to hold airlines accountable for these expectations, many of which are a matter of law and regulation," Buttigieg said.

Last month, the Department of Transportation said of the 7,243 consumer complaints received about the airlines in August, almost one in every five concerned refunds.

The process of getting airlines to issue refunds varied by airline, according to Blane Workie, DOT assistant general counsel for the Office of Aviation Consumer Protection, who spoke on the call with Buttigieg.

For example, Frontier, changed its definition of "significant schedule change" in March 2020.

"In essence, they were retroactively applying a more stringent rule to consumers, and I can certainly say that Frontier would not have provided these refunds to tens of thousands of passengers if DOT had not been involved," she said.

As part of the process, DOT required that Frontier provide the required refunds or inform all those passengers on how to obtain refunds in case they need to fill out forms.

Other airlines had extreme delays in providing refunds, Workie said.

Most of the refund complaints that the department has received have been against foreign air carriers, noted Workie.

Asked if this would serve as a deterrent to airlines, Buttigieg said, the "overall objective is to make sure passengers get their money back."

"It shouldn't take an enforcement action from the US Department of Transportation to get airlines to pay refunds that they're required to pay. And so, I have asked the team to undertake an exercise to make sure that the fines are calibrated to deter this in the future and save passengers a lot of time and save everybody a lot," he said.

Buttigieg later noted that the department will continue "ratcheting up the penalty side" until they see less of this kind of behavior.

All refunds have either been made or consumers should have been informed of the refund process, according to Workie.

However, the fines will be collected after DOT orders are issued on Monday.

There are more enforcement actions and investigations underway, according to Buttigieg, who said that "there may be more news to come by way of fines."

However, Workie said there are no pending refund investigations against U.S. airlines.

Buttigieg also noted the upcoming holiday travel season, saying that it is expected to be "among the busiest" since 2019, in terms of busy travel days.

He touted other actions taken by the department, including a new airline consumer service dashboard to help people see what they are owed when a flight is canceled or delayed because of an airline issue. 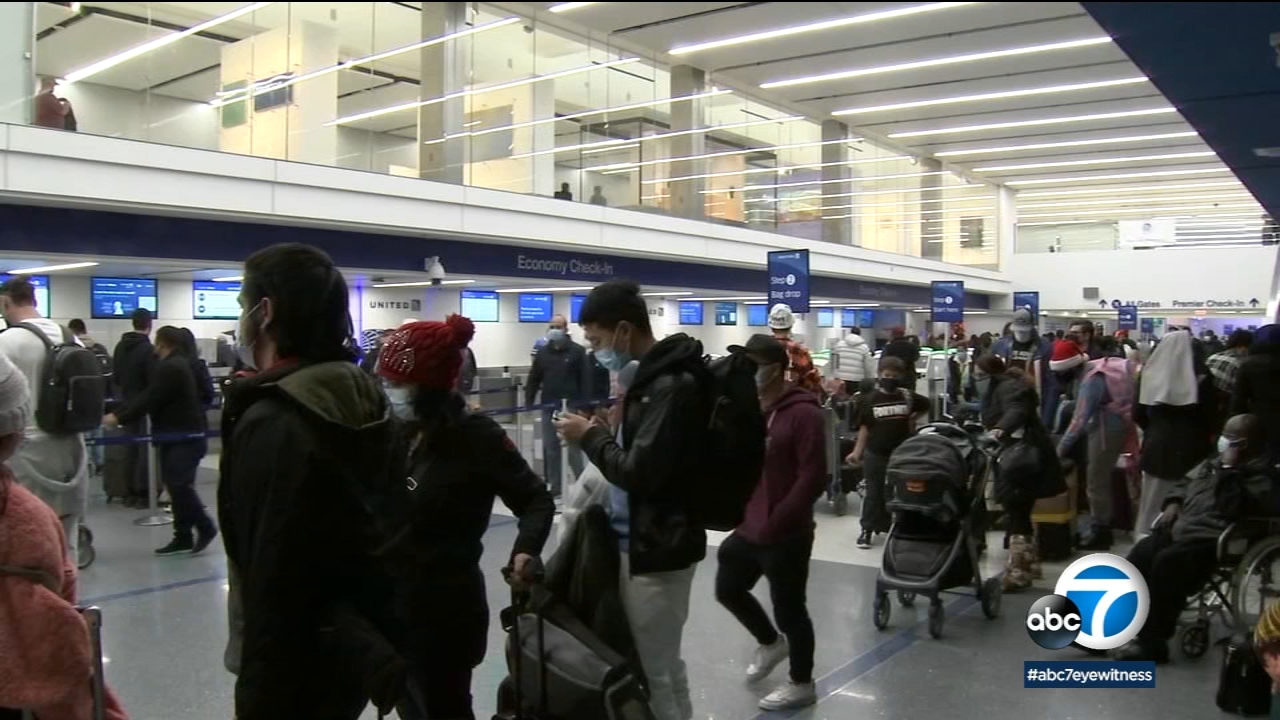