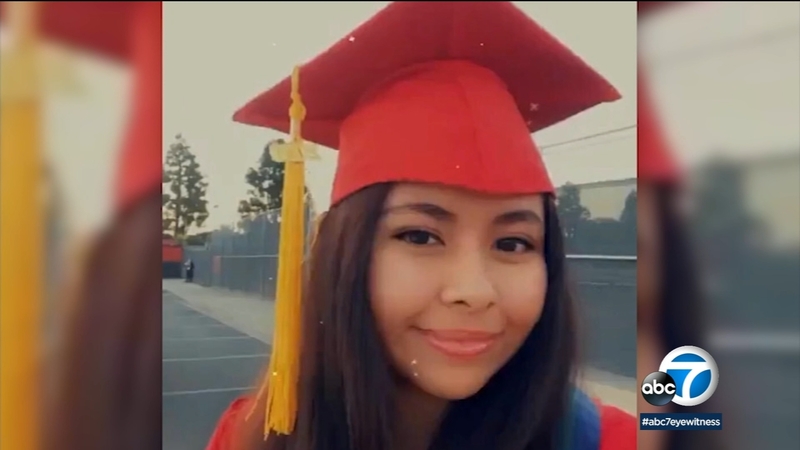 "I want to know what happened, who she was with, or what they did to her," she told Eyewitness News.

Eighteen days ago, Aisha's body was found on the riverbed in Compton. A coroner investigator told her it was believed to be a suicide the morning Aisha was found, according to Natalie.

"At first I got really mad because of what they were saying, an autopsy had not been performed and they were already saying that it was a suicide," she said.

Days after Aisha's death, Natalie went to the riverbed and found what she believes is her daughter's tooth, as well as her eyeglass lens and backpack, which had a tear in it she doesn't believe was there before.

She notified a detective but was not asked for those items, she said.

"I want to believe and trust that the authorities are investigating and that they have to do what they have to do to know what happened to my daughter," she said. The single mother of three said she's also had to find friends to bridge the language barrier when she calls detectives.

"If anyone knows anything, don't be afraid. Please speak out," she said.

An L.A. County Sheriff's captain told Eyewitness News two deputies are investigating the case and are asking the public to come forward with any information. He has not explained why the personal items Natalie found were not retrieved by investigators.

The cause of Aisha's death has been deferred, pending additional investigation, according to the L.A. County Medical Examiner-Coroner records.

Natalie proudly displays Aisha's diplomas at her home. She graduated from Artesia High School with honors and was attending Cerritos College. She wanted to work with children with special needs.

She leaves behind two younger sisters and her mother, who is out of work. A GoFundMe page has been established to support them.

They will hold a gathering in Aisha's memory at the Somerset Boulevard bridge Saturday at 2 p.m.