The actor said in a December interview with ABC News that he was pointing the gun at Halyna Hutchins at her instruction.
CNNWire
By Chloe Melas and Paul Vercammen, CNN 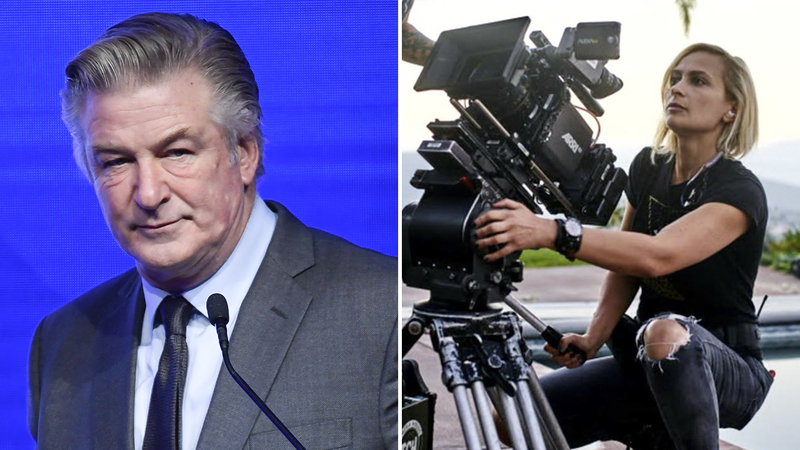 LOS ANGELES -- Alec Baldwin's says in a legal filing Friday that Halyna Hutchins, the cinematographer on the set of "Rust," told him to cock the gun that ultimately fired a live round of ammunition, resulting in her death.

CNN has obtained the arbitration demand filed by Baldwin's lawyer which describes in detail Baldwin's version of the moments that led up to the fatal shooting last October in New Mexico. In it, Baldwin claims that he asked Hutchins if he should cock the gun and that she told him to do it.

"Baldwin asked Hutchins whether she wanted to see him cock the gun, as the script required. She responded yes. Baldwin tipped the gun down somewhat so that the lens of the camera would be able to focus on his hand's action on the top of the gun. While performing this action, Baldwin asked Hutchins, 'Am I holding it too far down?' and 'Do you see that?' Hutchins responded that she could see Baldwin's action from her angle. Baldwin then pulled back the hammer, but not far enough to actually cock the gun. When Baldwin let go of the hammer, the gun went off," the filing says.

WATCH: 'Someone is responsible ... but I know it's not me,' Baldwin says of 'Rust' shooting
EMBED More News Videos

Alec Baldwin described meeting with the family of cinematographer Halyna Hutchins after she was killed on the "Rust" movie set.

Attorneys for Hutchins' family told CNN in a statement:

"Alec Baldwin once again is trying to avoid liability and accountability for his reckless actions before and on Oct 21st that resulted in the death of Halyna Hutchins, as demonstrated by today's arbitration demand for indemnification from the Rust production company. Baldwin's disclosure of personal texts with Matt Hutchins is irrelevant to his demand for arbitration and fails to demonstrate anything other than Hutchins' dignity in his engagement with Baldwin. It is shameful that Baldwin claims Hutchins' actions in filing a wrongful death lawsuit derailed the completion of "Rust." The only action that ended the film's production was Baldwin's killing of Halyna Hutchins."

The family of a cinematographer shot and killed on the set of the film "Rust" is suing Alec Baldwin and the movie's producers for wrongful death, their attorneys said Tuesday.

The court documents also claim that when Baldwin arrived on the New Mexico set, he underwent a training session with the film's armorer Hannah Gutierrez Reed and that he understood from that session that he did not need to check the gun for live ammunition.

"Reed did not instruct Baldwin to check the gun himself. In fact, she told Baldwin that it was her job to check the gun-not his," the documents read. "Similarly, Baldwin believed, based on prior gun safety training he received on movie sets, that actors should not unilaterally check guns for live ammunition. If actors want to check a gun for their own peace of mind, they should only check the gun with the armorer closely supervising the process. In other words, actors may jointly inspect a gun with the armorer, but never on their own."

CNN has reached out to representatives for Guiterrez Reed.

The legal filing Friday also includes numerous text messages between Baldwin and Matthew Hutchins following the shooting, up until Baldwin's ABC interview. Two weeks following his sit-down, Baldwin's final text to Hutchins was to wish his son a happy birthday."

Since October 21, Baldwin had offered comfort and support to Matthew Hutchins and his son, as well as constructive input towards a settlement of the case," Baldwin's arbitration filing states. "He has worked extensively to find ways to help Hutchins and his son. It is that same spirit that renders Baldwin reluctant to contradict some of Matthew Hutchins's public statements. Unfortunately, given the nature of Hutchins's accusations against Baldwin, he has no choice."