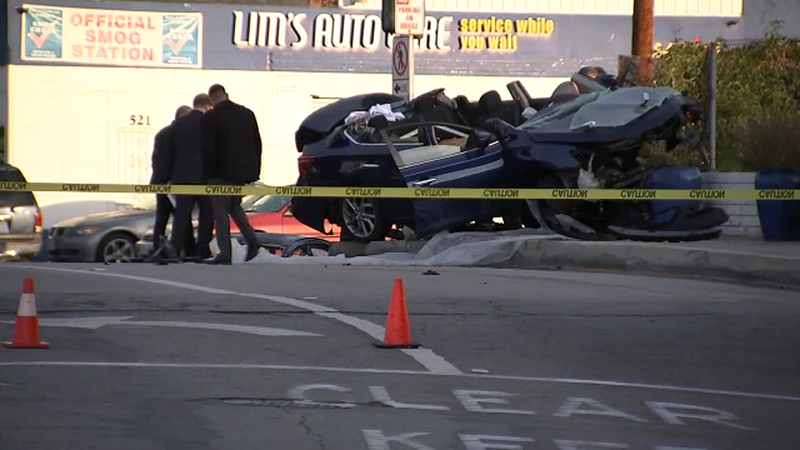 ALHAMBRA, Calif. (KABC) -- A burglary suspect was injured during an officer-involved shooting in Alhambra that ended with a suspect vehicle crashing onto a sidewalk, authorities said.

Officers were conducting a patrol check in the area when they saw car parked in the driveway of an ExtraSpace storage facility along the 2000 block of West Mission Road around 3:30 a.m., according to the Los Angeles County Sheriff's Department which was assisting the Alhambra Police Department with the investigation.

When they tried to make contact with the people in the car regarding a potential burglary investigation, the driver accelerated toward the officer and an officer-involved shooting occurred, according to Lt. Scott Hoglund.

The driver then speed off and a chase ensued, authorities said. The car lost control when trying to make a turn and crashed onto the sidewalk near Mission and 6th Street. Fire crews were seen trying to remove them from the mangled wreckage of the car.

One of two female suspects, both in their 20s, sustained a gunshot wound to the hand, while the other complained of pain following the crash. Both were arrested.

At least one storage unit at the facility was burglarized, authorities said, and stolen items were recovered from the suspect vehicle.