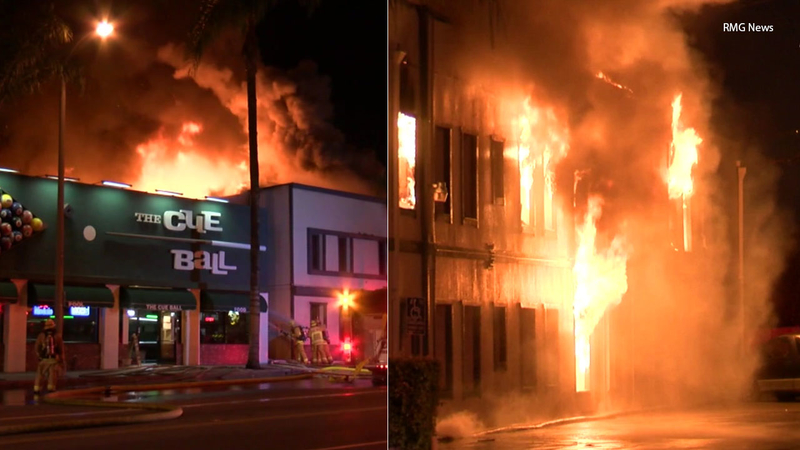 ALHAMBRA, Calif. (KABC) -- It was a hot Thanksgiving for a building in Alhambra that had two different fires on the same day.

According to Alhambra fire officials, a two-story commercial building in the 900 block of Main Street caught fire at about 1:30 p.m. It was quickly knocked down in less than an hour.

Shortly after 11:30 p.m., fire crews were called back to the building to find it completely engulfed in flames.

Two witnesses said there were still people inside when they noticed the fire.

"I was in the pool room, where they play pool, until we go outside and we see the building's on fire. We go and we evacuate everybody, pretty crazy," said witness Isaiah.

No injuries were reported in the fires.