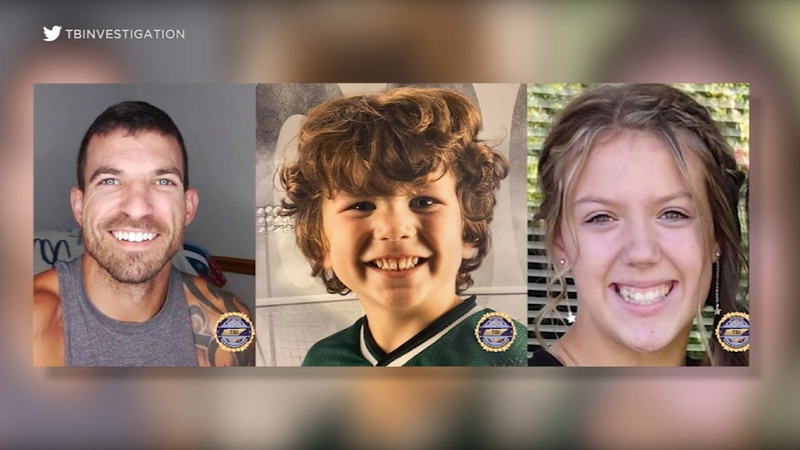 SAN CLEMENTE, Calif. (KABC) -- Authorities in Southern California are asking for the public's help in finding a missing 3-year-old Tennessee boy at the center of an Amber Alert and his teen cousin after they were taken by the boy's father.

Authorities suspect 3-year-old Noah Clare was kidnapped by his father, Jacob Clare, 35. The California Highway Patrol Tuesday issued an endangered missing advisory for Noah and his cousin, 16-year-old Amber Lynn Clare, after the suspect vehicle was found in San Clemente.

Noah Clare and Amber Lynn Clare were taken by Jacob Clare in Gallatin, Tennessee Nov. 6, according to CHP.

The suspect vehicle, a 2005 silver Subaru Legacy, has a Tennessee license plate number 42MY10.

The suspect Jacob Clare is 6'7", weighs 200 pounds, and has brown hair and blue eyes. He is believed to be armed and dangerous.

The suspect vehicle was also spotted in Arizona. Tennessee officials issued an Endangered Child Alert for Noah on Nov. 9 and elevated it to an Amber Alert on Tuesday.

UPDATE: The Subaru Legacy mentioned in our ongoing #TNAMBERAlert for #NoahClare has been located in San Clemente, CA.

We have requested that states’s assistance with spreading word about the case. pic.twitter.com/IxAT8TREvi