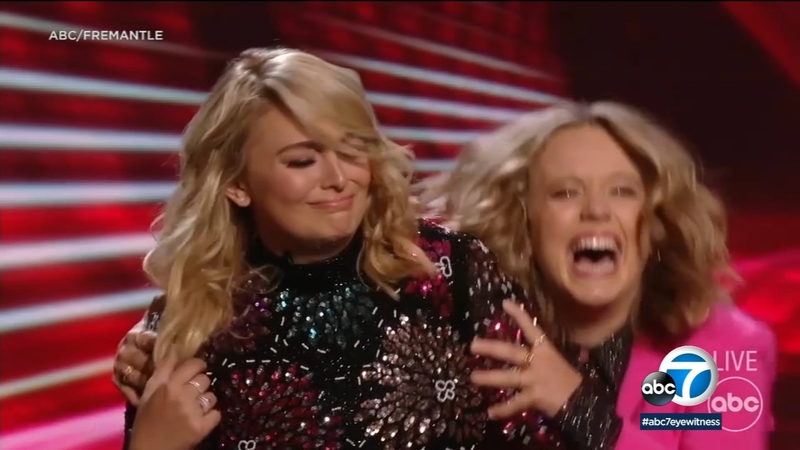 Huntergirl, Leah Marlene and Noah Thompson will compete next week for the coveted title. Judge Luke Bryan says he was not surprised at who landed in the final three.

"I started feeling strongly about what Noah and Huntergirl were--how far they were going to go," said Bryan.

"If she stays true to her style, don't try to do any acrobatics, she's got the shot," said Richie.

The "American Idol" journey has ended for two others: Fritz Hager and Nicolina. But these top five performers are feeling anything but blue.

"I'm really, really excited to take all of that knowledge that we've gotten and apply it, you know, to our careers," said Hager.


"I've gained so many experiences about, like, performing and being on stage and behind the scenes that will just benefit me going forward, especially because, you know, I kind of have an idea of what my future looks like and I'm excited to see it all play out now," said Nicolina.

Finalist Hunter Wokonowski says growing up, no one ever got her name right, so this is NOT just a stage name. "In my elementary school, I was the only girl named Hunter in, like, my town and they're like, 'the girl Hunter, Hunter girl, come to the office.' And then it started catching on around town and so I guess my name is Huntergirl!"
Thompson says having an audience was initially a challenge for him. Not anymore!

"For me, yes. Like, the people is what literally brings that life out of you," said Thompson.

Leah Marlene is already looking ahead to the finale.


"It's just a celebration, I think, for all of us, like, and just do the things we love to do the most and do the songs that feel the most like us and just enjoy the crap out of it," said Leah Marlene.