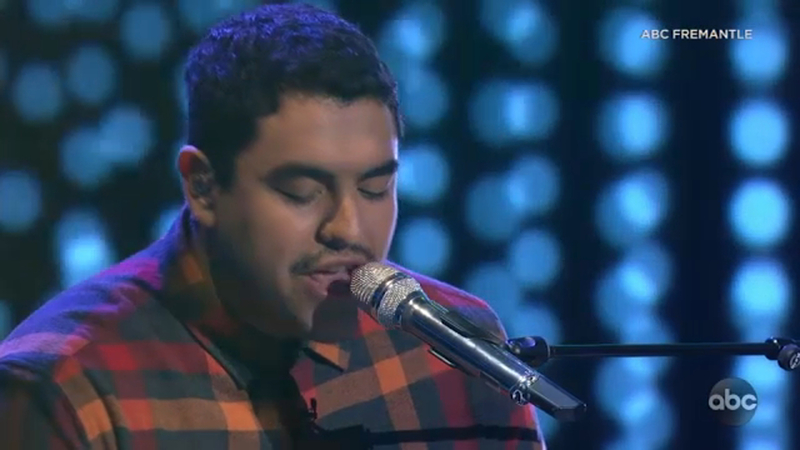 LOS ANGELES -- "American Idol" contestants sang for America's vote for the first time this season. On Sunday night, the top 14 performers sang their hearts out in order to hold on to a spot on the roster. Seven contestants were voted through by viewers on Monday night's results episode. Judges Katy Perry, Lionel Richie and Luke Bryan then each selected an additional singer to round out the top 10.

Host Ryan Seacrest asked Perry if she had a favorite.

"Yes, I have 14 favorites," laughed Perry. "We're so invested in these kids, and we want the world for them. It's really up to the stars aligning.

America's "Top 7" sit on one side of the stage... dubbed "the victory zone." The other seven are in "the danger zone" and Seacrest tells them they have to sing for their lives, hoping to receive one of those coveted judges picks.

Those in the "danger zone:" Evelyn Cormier, Riley Thompson, Alyssa Raghu, Dimitrius Graham, Eddie Island, Ashley Hess and Uche. Among the comments made by the singers fighting for their "Idol" survival:

"It definitely stinks getting told no from America," said Thompson.

"That song is really special to me and it definitely came from my heart," said Graham of his rendition of a Billie Eilish tune.

And when Uche learned he did not make the "Top 7", the 24-year-old told Seacrest, "I'm kind of sad." With that, Seacrest offered a hug. And immediately after, so did Richie. But he offered even more. The judge broke format and told everyone right then and there that he was saving Uche and literally moved him across the stage to join the others still in the competition. Once in the "victory zone," Uche sobbed on his friend Aranda's shoulder.

There were still two spots left in the "Top 10." Bryan decided to save Graham; and Perry threw her vote to Raghu.