SoCal company brings message of diversity with 'American Made' campaign 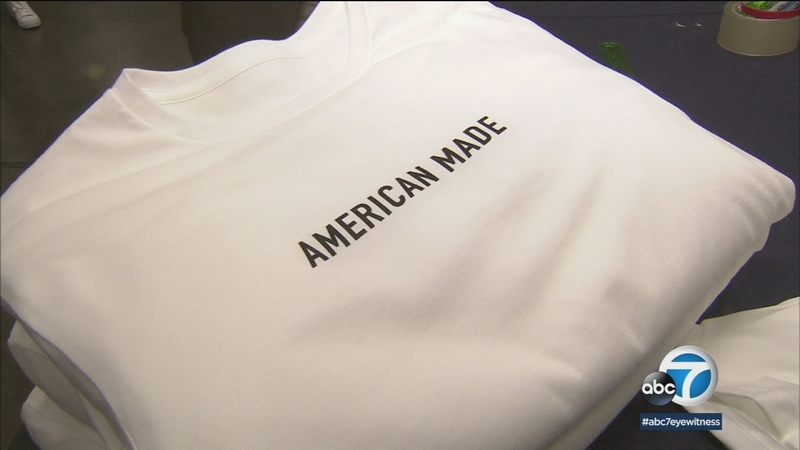 COMPTON, Calif. (KABC) -- It is a new clothing company kicking things off with a timely social media campaign about what makes this country great.

"The idea behind 'American Made' is that the product is made in America, we as U.S. citizens are born in America, but also it's a place for foreigners to come and make and build a life here," said Brandon Andre with Uprising Brand.

More than 600 people across the country are taking part in Uprising Brand's "American Made" campaign, which kicks off May 2. At 9 p.m. PT, using the hashtag #Americanmade, they will simultaneously post their photos and stories of their pursuit of the American dream.

Uprising Brand is also hoping the social media campaign will create some buzz about their all-American product.

The fabric is patented, and according to founder Michelle Hanabusa, it is designed to keep you feeling fresh

"It is called moisture-wicking technology. It's typically used in athletic wear here, but we are moving that into your everyday wardrobe," Hanabusa said.

"American Made," in a nonpolitical way, is about raising awareness of the value of diversity - but it's also about Uprising Brands. The company would like to make a profit with the campaign, using a portion of the money raised to fund education and entrepreneurship for those in need.

"It's really about building that community, building a community of uprisers to empower and uplift each other, and so 'American Made' is a great way to do that," Hanabusa said.