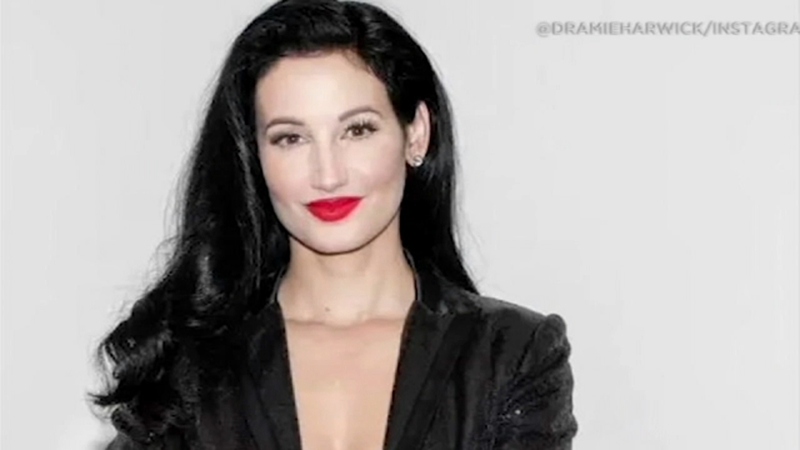 HOLLYWOOD HILLS, LOS ANGELES (KABC) -- New details emerged Thursday in the death of Dr. Amie Harwick as an ex-boyfriend appeared in court days after the prominent family therapist was killed at her Hollywood Hills apartment, according to authorities.

The Los Angeles County coroner's office said there was evidence that Harwick, 38, suffered "manual strangulation" before she was thrown off a third-floor balcony at her home Saturday.

Garth Pursehouse, 41, was charged with murder and first-degree residential burglary with a special circumstance allegation of lying in wait, the Los Angeles County District Attorney's Office said. He is eligible for the death penalty in the case.

In court on Thursday, Pursehouse avoided the camera and a public defender requested that his arraignment, and entering of a plea be re-scheduled.

Harwick and Pursehouse had been involved in a contentious relationship for nearly a decade.

In May 2011, Harwick wrote in court documents "that he choked me, suffocated me, pushed me against walls, kicked me, dropped me to the ground with force...slammed my head into the ground and punched me with a closed."

Harwick requested that Pursehouse go to a Batterer Intervention Program, writing "He has told me he hit me, because I made him so mad!"

That case was dissolved.

Harwick petitioned for a second restraining order in 2014, which was granted for one year. She listed Pursehouse as a domestic partner.

Among the many incidents, she wrote:

"He came to my apartment and smashed 10 picture frames on my door.."

"He texted me, 'things will get worse.'"

"He pushed me out of car and left me on the freeway."

According to investigators, Harwick and Pursehouse saw each other or had some contact two weeks before she was killed.