He was charged with one felony count of voluntary manslaughter and two felony counts of assault with a semiautomatic firearm.
City News Service 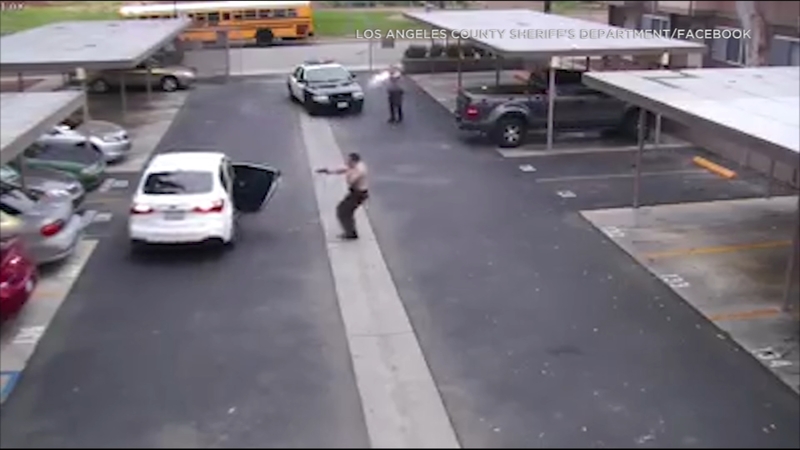 LOS ANGELES COUNTY (CNS) -- A former Los Angeles County sheriff's deputy was charged Thursday with the fatal on-duty shooting of an unarmed man in his vehicle in Willowbrook in June 2019.

Andrew Lyons, 37, is set to be arraigned Friday on one felony count of voluntary manslaughter and two felony counts of assault with a semiautomatic firearm, according to the L.A. County District Attorney's Office.

Lyons and another sheriff's deputy responded to the apartment complex in Willowbrook and approached a parked vehicle where Twyman was sitting, with both deputies opening fire after Twyman put the car in reverse, according to the district attorney's office.

The car came to a stop nearby, and Lyons allegedly retrieved his semiautomatic assault rifle and shot into the vehicle after it stopped moving, the district attorney's office said.

Twyman was struck by bullets in the neck and upper body and was pronounced dead at the scene. The passenger was not struck by gunfire, but had fragments of glass in his hair and was taken to Harbor-UCLA Medical Center for evaluation.

In a statement posted on Facebook, the L.A. County Sheriff's Department said the case was "fully investigated'' by the department and said Sheriff Alex Villanueva "initiated an administrative review of the case which resulted in Mr. Lyons being discharged from his position of deputy sheriff on November 8, 2021.''

"Sheriff Villanueva remains committed to transparently holding our personnel accountable while providing for the safety and security of the communities we serve. Our condolences to Mr. Twyman's family for their loss,'' according to the Facebook post.

The other deputy was suspended for 30 days, the sheriff said in January.

In 2020, the county paid Twyman's family $3.9 million to resolve a federal lawsuit stemming from the shooting.