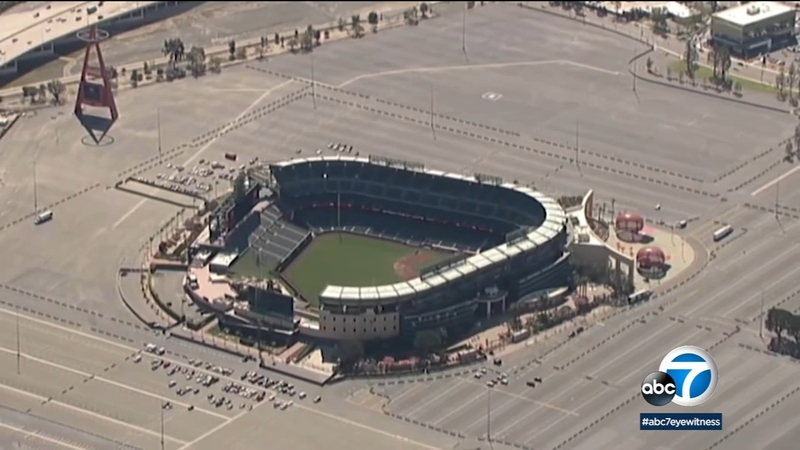 ANAHEIM, Calif. (KABC) -- Nearly $100 million in affordable housing is coming to the city of Anaheim over the next five years - that's if the city council approves a proposed agreement after facing accusations of violating the Surplus Land Act in its sale of the land on and around Angel Stadium.

California Attorney General Rob Bonta announced Monday that this deal with the city is part of the state's ongoing efforts to address California's housing crisis and crack down on violations of state housing laws.

"We are gonna continue to be committed to be aggressive, to ask our local jurisdictions and demand that they act in good faith and when they violate the law we'll be there to hold their feet to the fire and we'll use all the tools that there are under the law to achieve the best outcomes possible for more affordable housing and to help struggling families afford housing in California," Bonta said in a press conference.

The original price tag of nearly $320 million dollars remains, but here is the new breakdown: The majority in cash, nearly $150 million, goes to the city for improvement projects yet to be determined. A new city park on stadium grounds will cost nearly $50 million.

About $96 million will fund affordable housing throughout Anaheim within five years, now under city management and a job that originally was slated to take 25 years.

The mayor of Anaheim, Harry Sidhu, assured tax payers the money was not coming out of their pockets.

"This 96 million dollars is not coming from the city coffers. It's not coming from general funds. It is absolutely brand new money, in-cash payment by SRB, which is the owner of Angel Stadium," Sidhu said.

The city estimates the $96 million will build about 1,000 units. The City Council Tuesday was scheduled to vote on this propose stipulated judgment.