Woman shot, killed after hike with friend who was test-firing handgun in Tarzana 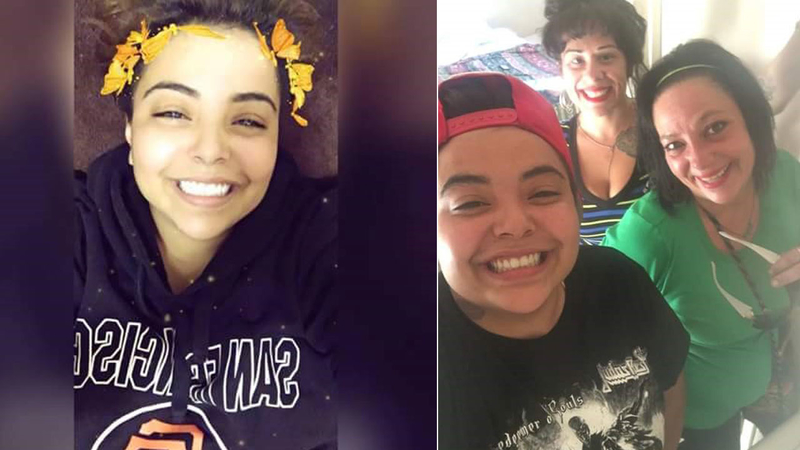 TARZANA, LOS ANGELES (KABC) -- A 24-year-old woman was shot and killed Sunday by a friend after they had hiked in Tarzana to test-fire his handgun.

The woman, identified as Angela Hernandez, suffered a single gunshot wound to her torso and died at Northridge Hospital Medical Center from her injury.

The Los Angeles Police Department's West Valley division received a call regarding a homicide at the hospital around 3:40 p.m.

Detectives involved in the investigation learned that around 3:15 p.m., Hernandez, the suspect and two other friends drove to the south end of Vanalden Avenue to hike the Tarzana hills and test-fire the suspect's gun.

Holly Ruiz, Hernandez's sister, and their mother Michelle Gonzalez spoke with Eyewitness News Tuesday at Sun Valley Park. They said they are trying to make sense of the tragedy.

"She was wonderful. My sister was wonderful," Ruiz said. "That boy did not only ruin his life. He ruined his family's life as well as mine and my mom and our family. It was my baby sister. I don't have a sister to fight with, to cry with. She was a beautiful soul, a beautiful person."

Police said there was no argument before the shooting, but did not provide more details, according to the Los Angeles Daily News. The pair were friends and part of a larger group that comprised three women, including Hernandez, and Gonzalez.

Hernandez and the two other women were friends since high school, according to the Daily News. Detective Manuel Armijo said Gonzalez and Hernandez had met while working together.

Hernandez's mother questions if the shooting was an accident, and police have not said whether that is the case.

"If it was an accident, I want to tell everybody please don't play with guns. They're not a toy," Michelle Gonzalez said.

Armijo added that detectives learned of Gonzalez's involvement in the shooting after interviewing witnesses. Detectives found him, interviewed him and that is when he confessed, Armijo told the Daily News.

Hernandez's family want justice even though it won't bring her back.

"I'm never, ever going to get over it. I'm always going to miss her and this hollow spot in my heart is never going to be filled again. It's empty because she's gone," her mother said.