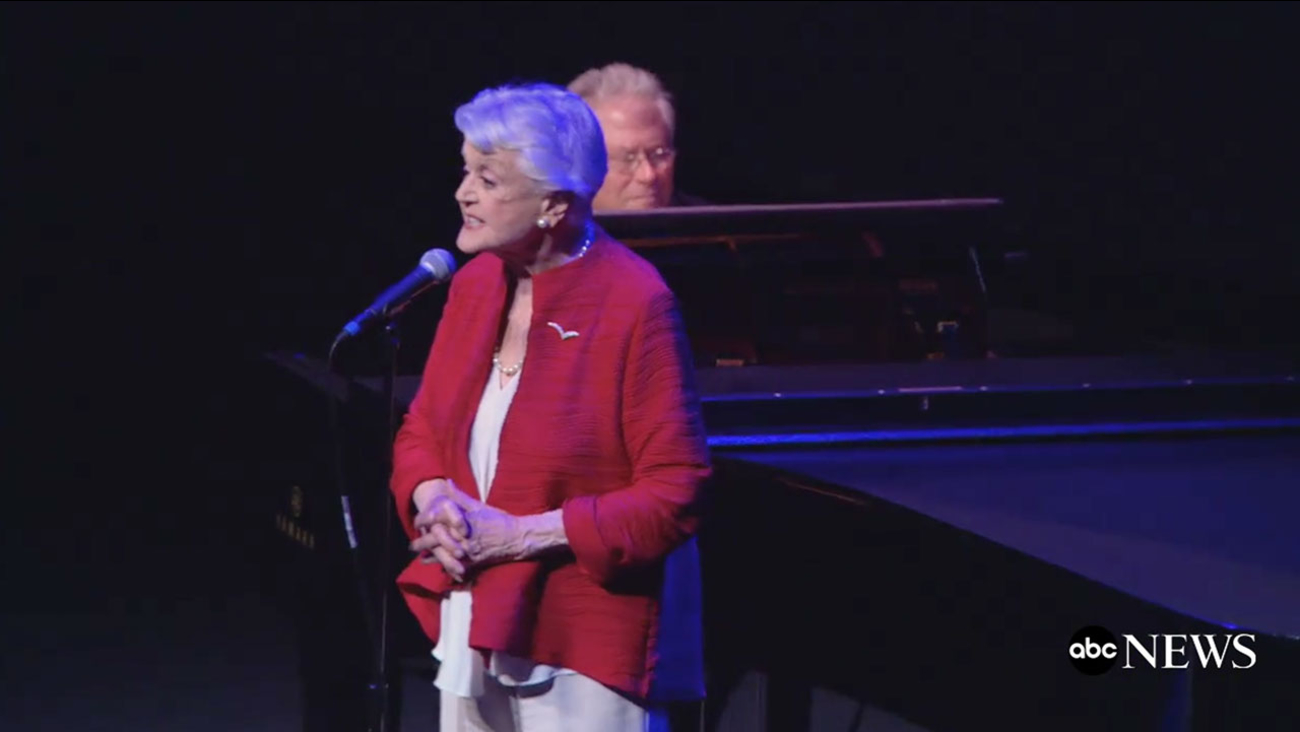 Twenty five years later, Angela Lansbury is ever just the same enchanting actress for Beauty and the Beast fans.

The actress, 90, reprised her role as Mrs. Potts during a special screening for the 25th anniversary of the animated classic.

Lansbury, accompanied by composer Alan Menken, sang the title song, "Beauty and the Beast," during the celebration in New York on Sunday. At the end, she even spoke her line to her character's son: "Run along and get in the cupboard, Chip!" much to the delight of the crowd.

Beauty and the Beast's 25th Anniversary Edition is now available on Digital HD and Disney Movies Anywhere and on Blu-ray starting Tuesday ahead of the anniversary this November. A live-action re-imagining of the film will be out next year.