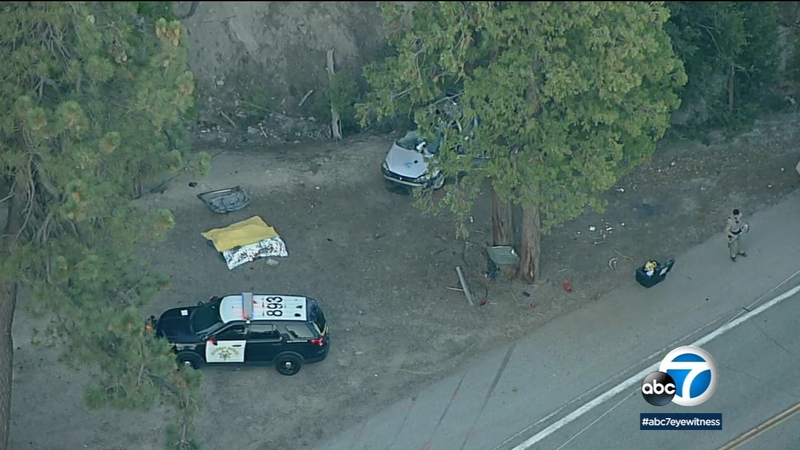 LOS ANGELES COUNTY (KABC) -- Two people were killed and another was hospitalized Thursday morning after a car slammed into a tree off the Angeles Crest Highway in Los Angeles County, authorities said.

The collision was reported shortly before 2 a.m. near Newcomb's Ranch and the Devil's Canyon trailhead, according to the California Highway Patrol.

The crash was reported from a call box about 10 miles away from the crash site, where there was no cellphone service, the CHP said.

A third person was transported to a hospital in unknown condition, the Highway Patrol said.

Video shows a fight that started on the 60 Freeway in Ontario and had to be broken up by police.

Video from AIR7 HD showed CHP officers examining the wreckage of a silver sedan. Both sides of the vehicle were mangled and the windshield was shattered, but the front end of car remained intact.

The cause of the incident is under investigation.