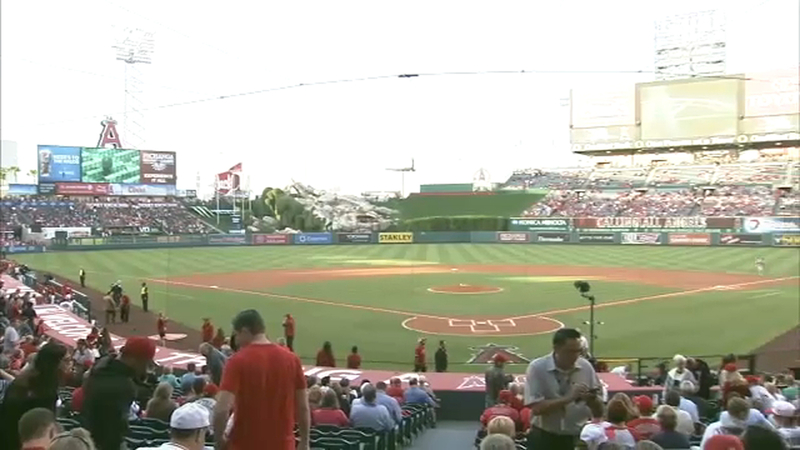 ANAHEIM, Calif. (KABC) -- A visiting clubhouse manager for the Los Angeles Angels has been fired after an internal investigation confirmed suspicions that he was providing ball-doctoring substances to opposing pitchers, sources confirmed to ESPN.

Major League Baseball initially informed the Angels about a week ago about allegations that Brian Harkins was providing illegal sticky substances that aided the pitchers' abilities to grip the baseball, according to sources with knowledge of the situation.

Harkins, who had been with the Angels for 30 years, confirmed that he had been let go Thursday, but did not elaborate on the reason. The Angels did not comment, either, citing legal restrictions preventing them from discussing employee matters.

Harkins provided pitchers with a substance that consisted of a melted-down pine-tar solution and rosin, an ESPN source said. The Angels believe Harkins acted alone, and they did not fire any other clubhouse attendants for this matter.

Pitchers have been using foreign substances to doctor baseballs throughout the game's history, an illegal practice that was nonetheless accepted largely because of its widespread use.

MLB intends to strongly enforce the rule that guards against the practice this season and has made teams aware during spring training. The Angels were not believed to have been pressured by MLB to fire Harkins, but the league's proactive approach in this matter could be an early sign of its intent to follow through.