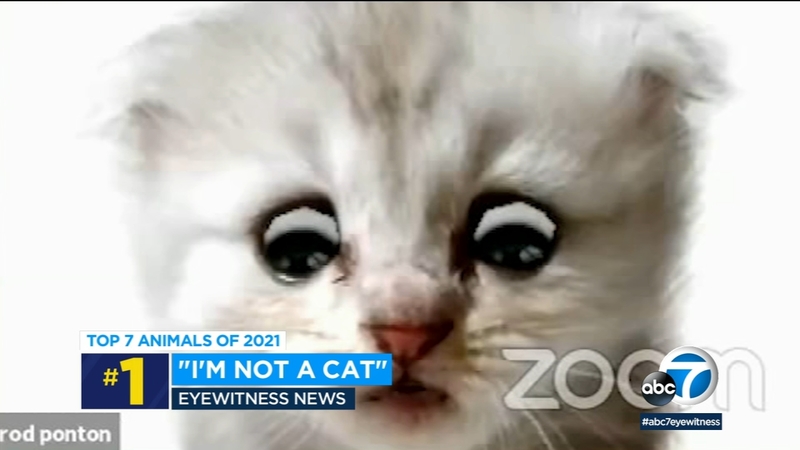 This year has been tough in many ways, but there have been some lighter moments, including numerous fun animal stories.

7. Bear steals bucket of chicken: A Sierra Madre man discovered a wild intruder inside his house that helped itself to a bucket of KFC.

6. Turkey mimics police siren: A Washington state trooper was making a traffic stop and noticed a turkey on the side of the road that seemed to be copying the sound of his siren!

5. Sharks that can glow in the dark: Scientists captured the first ever photos of a glow-in-the-dark shark producing its own light.

4. Bald eagle seen swimming in Minnesota lake: A bald eagle was spotted swimming in a Minneapolis lake - an unusual sight captured on video.

3. Invasion of the cicadas: Scientists who study cicadas have waited 17 years for the noise machines to emerge from their slumber.

1. "I'm here live, I'm not a cat!": An attorney in west Texas received some unexpected attention during a Zoom call that involved the face of a friendly cat. The attorney couldn't figure out how to turn off his "cat filter," resulting in a priceless viral video moment.