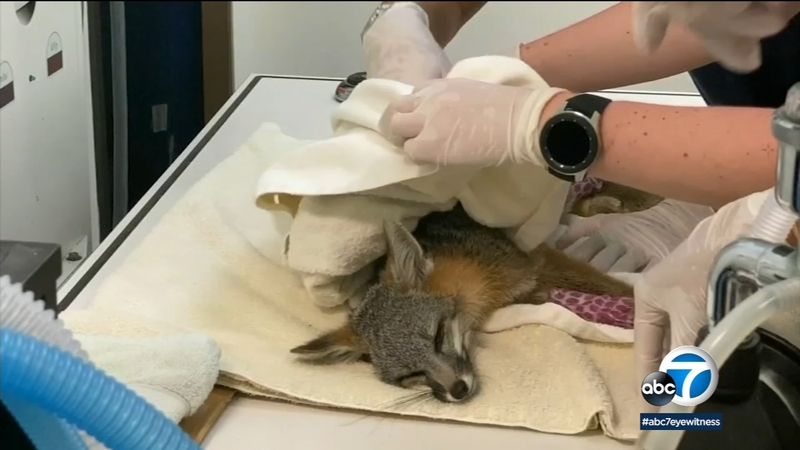 HUNTINGTON BEACH, Calif. (KABC) -- As spectacular and thrilling as fireworks look and sound, it's downright terrifying for animals. Over the Fourth of July holiday weekend, Wetlands and Wildlife Care Center in Huntington Beach took in 120 animals, many suffering with trauma.

"This past Fourth of July weekend we were heavily impacted by a lot of wildlife that came in very frightened, disorientated, ending up in wrong places," said Debbie McGuire, executive director of the wildlife center.

One such animal, a juvenile gray fox, ended up running into the street, was hit by a car and got stuck to the grill. She was brought in Sunday night by Orange County Animal Control with a broken femur and other injuries.

Veterinarian Dr. Elizabeth Wood, along with an army of staff and volunteers, are treating the animals for broken bones, toes and other injuries.

"Fireworks are really stressful for both our pets and wildlife for a lot of the same reasons," Wood said. "Really loud noises are jarring, there's light pollution, there are altered smells, they can get disoriented, they can get frightened."

And while many of the animals will be released back into the wild once they recover, not all of them will get that opportunity.