'Animation Outlaws' celebrates all types of talent in the cartoon world

A new documentary highlights all types of talent in the cartoon world and genre innovators 'Spike and Mike' with 'Animation Outlaws'.
OTRC
By George Pennacchio 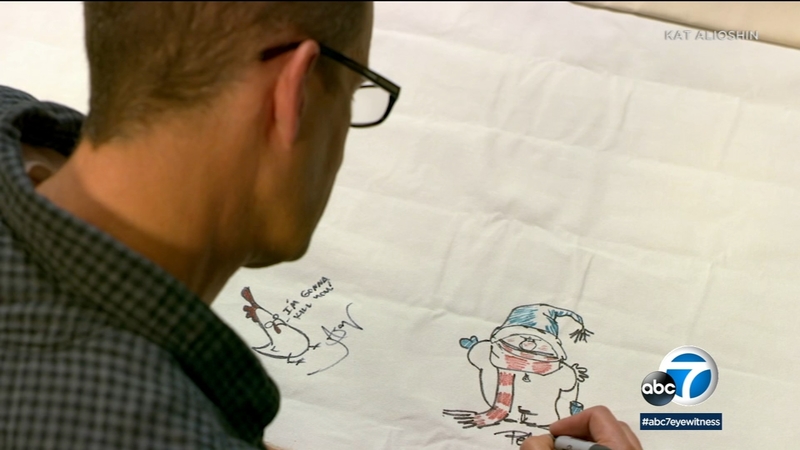 HOLLYWOOD -- In the world of animation, two guys known as 'Spike and Mike' created something special. Their 'Festival of Animation' celebrated works we'd otherwise never see; sometimes featuring future Oscar winners. Their story is now being told in the new documentary, "Animation Outlaws."

"We called them The Cal Arts Kids at the time," said Craig 'Spike' Decker.

Decker is referring to two then novice animators Pete Docter, who now has Oscars for his work on "Up" and "Inside Out"; and Andrew Stanton, who won his Academy Awards for "Finding Nemo" and "Wall-E." Both got breaks with Spike & Mike.

"We go back a long history with Cal Arts. We'd go up there and bring, like, seven foot stack of pizza and rumored alcoholic beverages. And we saw all this talent when there were there and we believed in them," said Decker. "We made three films with Pete Docter, two films with Andrew Stanton."

And now Kat Alioshin has made a movie about Spike Decker, and his late business partner, Mike Gribble, called "Animation Outlaws."

"They get the basic storyline of two guys coming out of Riverside, California, kind of hippy, rocker guys... it's a success story of these two guys," said Alioshin.

The filmmaker calls it celebration of animation, which includes Spike & Mike's "sick and twisted" festival for the over 18 crowd. It began at a show at UC Berkeley.

"I said, 'We have some films we can't normally show at the original show, which was all ages, and I said, you guys want to see these?' said Decker. "And we showed them 'Lupo the Butchers' and a few others and they went nuts."

"Spike" is very happy with how this all came out; essentially made by a fan who travelled with the festival back in 1987.

"She stepped up, believed in us, put her own money into this. She didn't cut any corners," said Decker.

'We probably interviewed everyone for about 40 minutes so if you're only up there sometimes for a minute or two... yeah, there's a lot of footage out there," said Alioshin. "I'll do an extra bonus cut or something!"