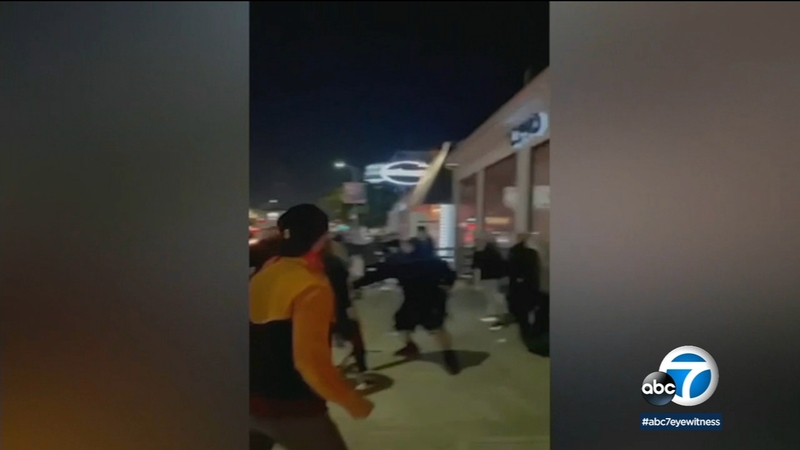 BEVERLY GROVE, LOS ANGELES (KABC) -- A second suspect was booked Tuesday for his alleged role in an attack on Jewish diners outside a Beverly Grove restaurant, an assault carried out by a group of pro-Palestinian demonstrators.

During a virtual meeting of the Los Angeles Police Commission, LAPD Chief Michel Moore said the suspect, 35-year-old Samer Jayylusi of Whittier, was arrested overnight Monday in Anaheim and booked on suspicion of assault with a deadly weapon, "with hate crime enhancements being sought."

Jayylusi is considered one of the "primary suspects" in the assault on May 18 on La Cienega Boulevard, the LAPD said in a statement. His bail was set at $255,000.

On Friday, police arrested Xavier Pabon, 30, of Banning, for allegedly taking part in the attack, which was one of two assaults on Jewish victims last week that sparked community outrage and calls for an end to hate-motivated violence in the city.

Pabon was released on bail just before 1 a.m. Sunday, according to online jail records.

The two arrestees are accused of participating in the assault and beating of several Jewish diners allegedly targeted by a pro-Palestinian group the night of May 18, hours after a large protest in support of Palestinian rights amid the recent 11-day war between Israel and Hamas.

The victims were confronted shortly before 10 p.m. outside Sushi Fumi in the 300 block of North La Cienega Boulevard, as seen in a bystander's cellphone video.

Witnesses said people in the caravan threw bottles and chanted "death to Jews" and "free Palestine," and men got out of the vehicles and began asking who was Jewish. A brawl erupted when two diners said they were Jewish.

Civic and faith leaders have condemned the incident.