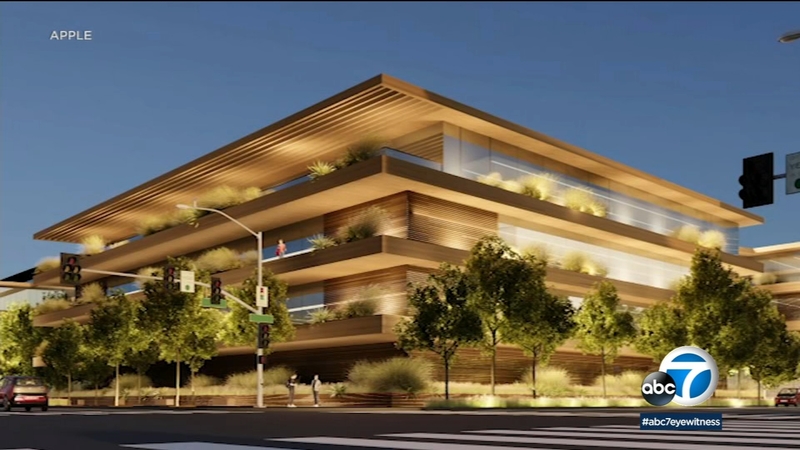 CULVER CITY, Calif. (CNS) -- Apple announced plans Friday for a 500,000-square-foot office facility in Culver City that will serve as a regional headquarters for the tech giant's local operations, which include Apple TV+ and Apple Music.

The project is part of a $430 billion expansion plan announced by the company in April. At that time, Apple indicated it plans to have more than 3,000 employees in Culver City by 2026.

Apple established operations in Culver City in 2014, and currently has more than 1,500 employees in the area, according to the company.

No timeline was announced for the completion of the new buildings.

According to Apple, the facility "will incorporate environmentally sustainable building features and be powered by 100 percent renewable energy."

Company officials noted its proximity to the Metro station, along with various transit lines, and added that Apple will "be offering shuttle service, support for cyclists and other commute alternatives for our teams."