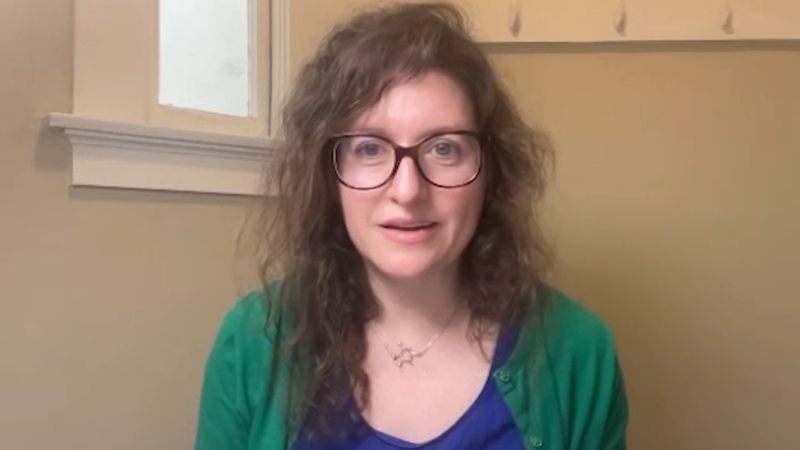 SAN FRANCISCO -- More women in tech are talking about their salaries in an effort to close the wage gap.

When former Apple software engineering author Kate Rotondo negotiated to work from home one to two days a week before the pandemic and an offer for more money than she'd made previously, she thought she was in a pretty good place.

"That had felt like a huge win," said Rotondo.

Until Rotondo said she discovered three men on her team worked remotely full time. She later learned a man joining the team after her would be making more.

Rotondo said she ultimately spoke with eight men, who all confirmed making more money than her. She took her concerns up the chain of command.

"After several months, they came back to me saying they would make a zero-dollar adjustment, and that's when I gave my notice," said Rotondo.

Apple tells ABC7 News, "Since 2017, Apple has achieved and maintained gender pay equity for our employees worldwide. In the U.S., we have also achieved pay equity with respect to race and ethnicity - as well as pay equity at the intersections of race and ethnicity with gender. We don't ask for salary history during the recruiting process. Our recruiters base offers on Apple employees in similar roles. And every year, we examine the compensation employees receive and make adjustments to ensure that we maintain pay equity."

According to an ABC7 News Data Analysis of U.S. Bureau of Labor Statistics data averaged between 2018 and 2020, in California, women make $0.88 for every dollar a man makes.

The wage gap differs by industry from 2019 through 2021, with some of the greatest disparities seen in legal occupations. Tech-related industries make the top 10 list for wage gap disparities.

Software engineer Cadran Cowansage's own experience with being underpaid led her to create Elpha in 2019, a professional network for women.

Cowansage said they've analyzed thousands of responses and found not only are women paid less than men, but how much less depends on their race and ethnicity.

"When they did negotiate, Black and Latina women ended up achieving salaries that were on the level of white and Asian women who didn't negotiate at all," said Cowansage.

"Negotiation is important, but there's a lot of work that companies also need to do in order to make sure that pay equity is happening on their teams and a lot of that work is about pay transparency," she continued.

Cowansage and Rotondo are proponents of transparency around salary bands, and pay ranges established by companies for specific roles.

The Institute for Women's Policy Research projects the wage gap in California could close by 2043.

"Fighting your employer over fair pay is brutal, so part of why I left tech was to heal," said Rotondo.

Rotondo is now a potter. Her business "Equal Clay" sells mugs that say "pay her more" and "fix systems not women."