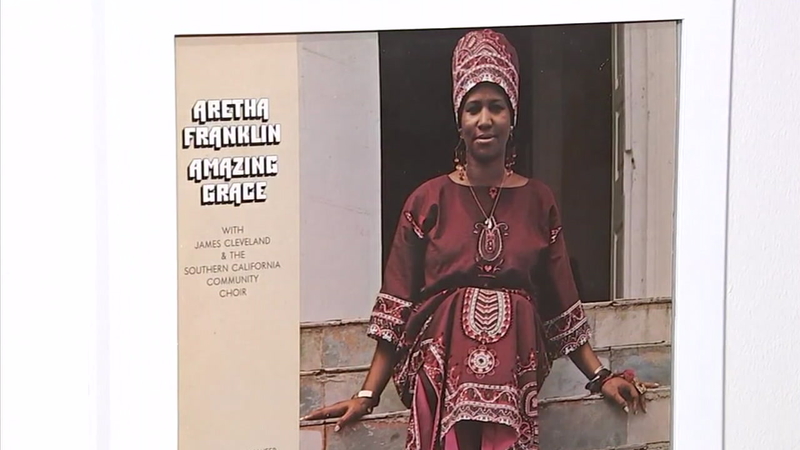 SOUTH LOS ANGELES (KABC) -- Aretha Franklin may be known for her Motown roots, but it's her Los Angeles connection that led to her bestselling album.

"The 'Amazing Grace' live album by Aretha Franklin is the 'Thriller' of gospel music because it's her most successful album of her career but (also) the No.1 selling album in gospel music of all time," said Tyree Boyd-Pates, curator of a gospel music exhibit at the California African American Museum in Exposition Park.

South LA resident Vera Moore was there that day when the album was recorded.

"She came down that aisle, she just lit up everybody and everybody was jumping and screaming 'Aretha.'" Moore recalled.

The historic legacy she created that day remains with the New Temple Church to this day. Pastor Rhodell Glasco had always hoped to convince Franklin to take the pulpit there one more time. Health issues always got in the way, but that 1972 performance remains more than enough.

"In these walls I can only imagine the spiritual vibe that are in these walls lasting from that concert she had here," Glasco said. "In spirit she will always be here."