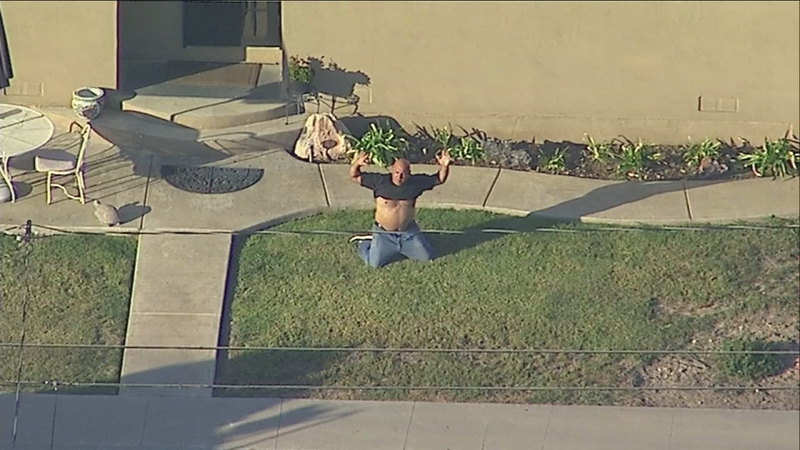 TORRANCE, Calif. (KABC) -- An armed barricaded suspect in unincorporated Torrance surrendered to authorities after an hours-long barricade that prompted the evacuation of surrounding homes and the precautionary lockdown of a nearby elementary school on Wednesday.

Area homes were evacuated and Meyler Street Elementary School was temporarily placed on lockdown for the safety of the residents and students, sheriff's officials said in a press release.

A special weapons team assumed command of the tactical response and crisis negotiators were at the scene to help bring the barricade to a peaceful resolution.

Students from the school are being transported to Stephen White Middle School, located at 22102 S Figueroa Street in Carson, where they can be picked up by their parent or guardian, LASD Carson Station officials said.

The barricade came to an end shortly after 3 p.m. when SEB officers fired less-than-lethal rounds through the windows.

Officials said the suspect, meantime, was on the phone with crisis negotiators and eventually came out of the home with his hands up. He lifted his shirt to show he had no weapons on his waistband.

He was taken into custody shortly after.