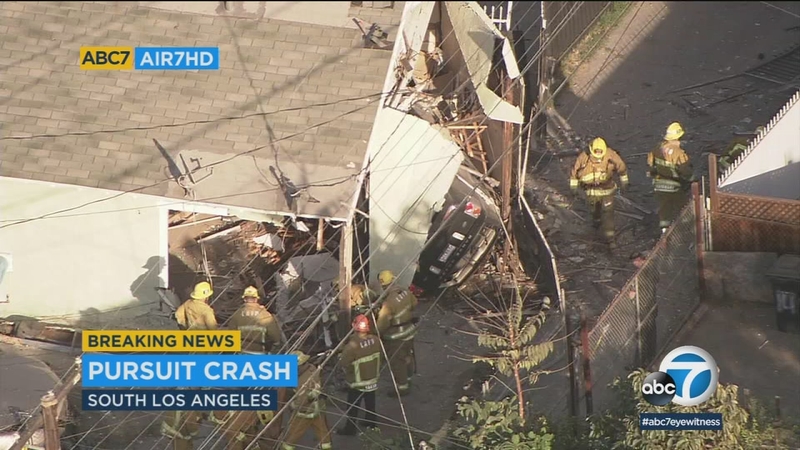 SOUTH LOS ANGELES (KABC) -- An armed suspect crashed into a South Los Angeles home after a police chase and fled the area on foot.

Police set up a perimeter and took the suspect into custody a short time after the chase.

The incident began when Los Angeles Police Department officers noticed a suspicious vehicle and wanted to pull it over to check for a traffic violation. The Range Rover fled and officers pursued.

The chase ended a short time later when the Range Rover crashed into a home in the area of 48th Street and Ascot Avenue.

The suspect was believed to be armed with a gun and fled the scene. Officers set up a perimeter in the area to search for the suspect and he was taken into custody less than an hour later.

He was evaluated by paramedics and loaded into an ambulance.

Robert Johnson said he was sitting in his car outside the home getting ready to get something to eat when the SUV barreled into his home. He heard sirens and then saw the vehicle flying into his fence and home, and crashing into his own car.

Still, he said he was relieved that nobody at the home was injured.