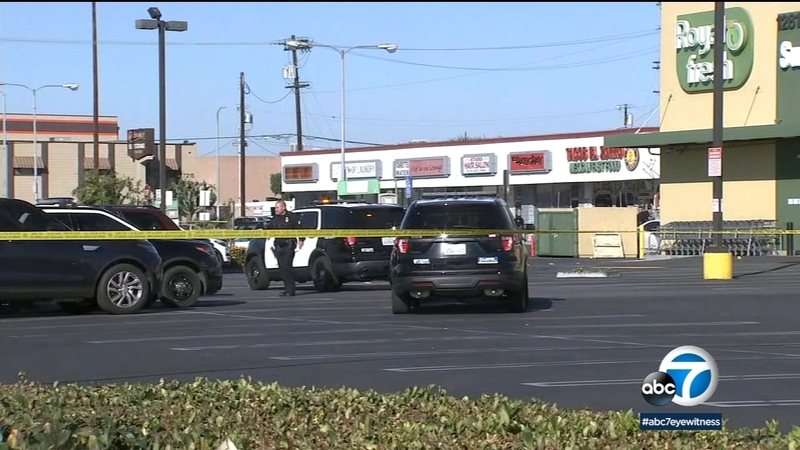 NORTH HOLLYWOOD, LOS ANGELES (KABC) -- A shootout at a North Hollywood shopping center is believed to be connected to an Armenian gang accused of extorting a business owner, police say.

The owner said his employees notified him about a group tagging the side of the building with an explicit message reportedly demanding payment, police said. At some point, a shootout between the owner, who was armed, and at least one gunman ensued.

One suspect was taken to a local hospital and was in police custody. Police were still looking for three others, said LAPD Sgt. Frank Preciado. The suspect vehicle was only described as a light-colored Audi.

The extortion, which police say involves at least six figures, has been ongoing for at least a couple of weeks.

AIR7 HD was over the scene, where a heavy police presence had responded and blocked off the area of the parking lot in front of the store. Sherman Way was closed between Coldwater Canyon and Whitsett avenues.

A rifle may have been used in the shooting, police say.