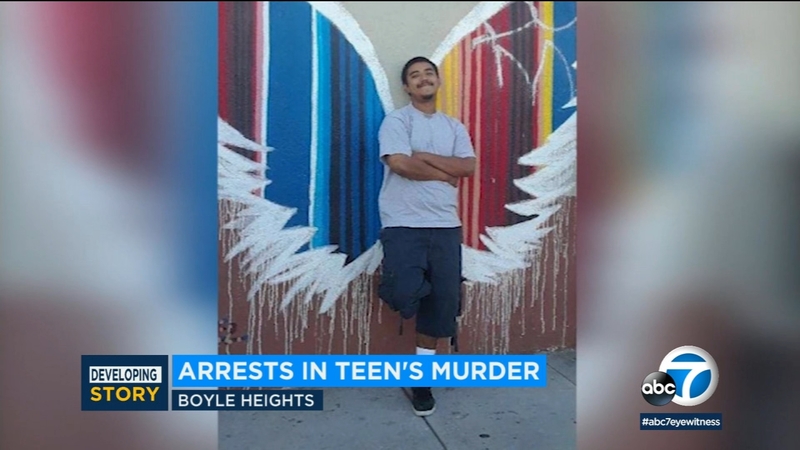 BOYLE HEIGHTS, LOS ANGELES (KABC) -- Two arrests were made in connection with a shooting that left a 17-year-old boy dead in Boyle Heights.

Ricardo Ramirez was shot in the head early Saturday morning as he stood in the intersection of Wabash and Evergreen avenues, according to the Los Angeles Police Department. A memorial was growing at the site, overflowing with candles and flowers.

Investigators believe the shooting was gang-related but it's unclear if the teen victim was involved. Ramirez's girlfriend, Sarah Vidovic, says he was an innocent victim.

Vidovic said she spoke to Ramirez Friday night as he walked home from work, minutes before he was gunned down.

"He was innocent, completely, not a part of any gangs, nothing. I think he was just caught in the crossfire or maybe mistaken for somebody else," she said.

Ramirez worked at a restaurant as a dishwasher but his goal was to become a chef.

Joshua Gomez, 23, and a 16-year-old male juvenile were taken into custody.