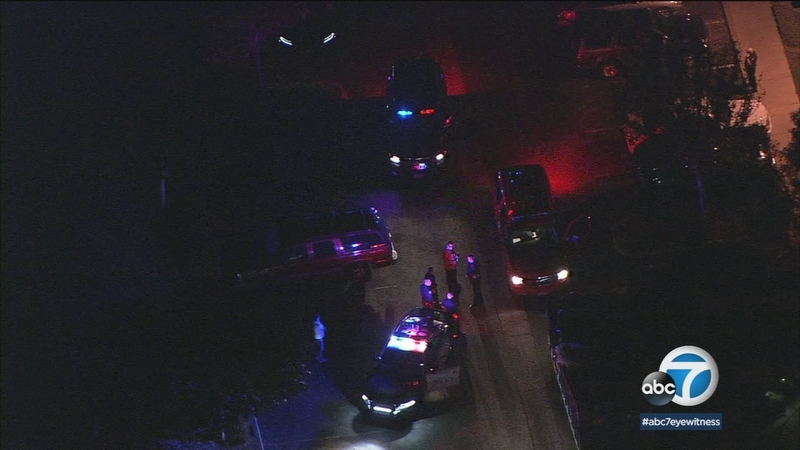 ANAHEIM HILLS, Calif. (KABC) -- A man suspected of trying to start fires in the Anaheim Hills area Friday night was taken into custody, thanks to the help of two good Samaritans.

Scott Nelson, who witnessed the crimes, knew it could quickly turn dangerous, so he sprang into action when he spotted the suspect.

"I saw something like a fire...it was small so it was only like 8 feet, 10 feet, or whatnot," he said. "He started coming out of the bushes and I was there by myself. I said, 'Hey, there's an arsonist.' Since I have MS, I can't really move that quick, so I started to make it around the back of the building."

Despite his health challenges, Nelson followed the suspect and yelled at another man nearby for help. Both good Samaritans followed the would-be arsonist and held him until authorities arrived.

The drama unfolded around 5:30 p.m., when a small blaze erupted in the hills behind a Residence Inn in Anaheim.

"Incredibly dangerous. This area is very thick underbrush. It's what we call Deer Canyon, it runs up. Historically, if we have fires in those areas we have hundreds of homes and thousands of residents who would be at risk," Sgt. Daron Wyatt said.

An off-duty police lieutenant spotted the fire as authorities put out the flames. Investigators said that's when the suspect tried again.

"He was walking around with some type of incendiary device, attempting to start multiple fires - more than two," Wyatt said.

As they searched the area for the suspect, Nelson suddenly saw the man in the brush and knew he had to make that move.

"What's been going on in Southern California, you know, if you see something, say something, or just act. I mean that's what we do," he said.

Officers were working to determine if there were other suspects involved. They said the man they took into custody is believed to be a transient.

His name was not released, and he faces felony charges of arson or unlawfully setting a fire.