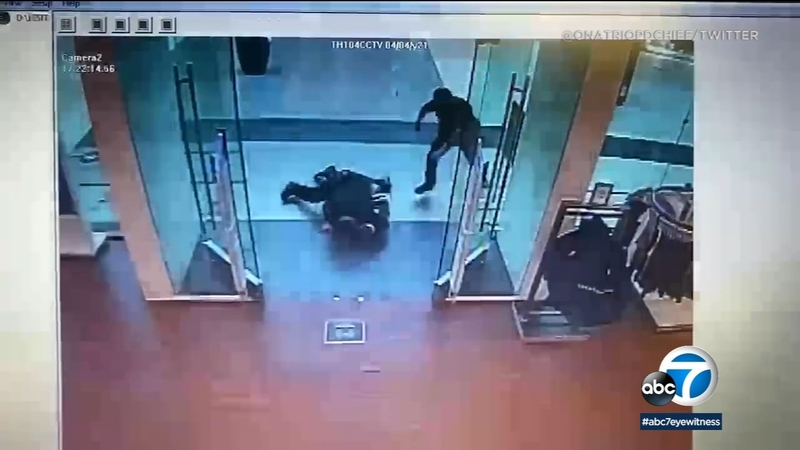 2 arrested in assault on Asian couple at Ontario Mills mall

ONTARIO, Calif. (KABC) -- Two Hemet men have been arrested after allegedly assaulting an Asian couple inside the Ontario Mills mall.

Ontario police say the suspects punched the Asian couple multiple times and left them with visible injuries after a dispute over physical distancing inside a Levi's Outlet store Sunday around 5:15 p.m.

Two other people who attempted to stop the attack were also assaulted by the suspects, according to police.

Surveillance video shows Ontario police apprehend one suspect, 34-year-old Tuvorius Mencer, who is accused of assaulting a police officer at the scene. Mencer was booked on suspicion of felony assault, assault on a peace officer and violation of civil rights.

The second suspect, 31-year old Terrell Plaines, fled the scene but was arrested Tuesday at his residence in the 1500 block of Calathea in Hemet. He is expected to be booked on suspicion of felony assault and violation of civil rights.

The men may be charged with civil rights violations for committing a suspected hate crime.

Ontario police asks anyone with information to contact the department at 909-986-6711.