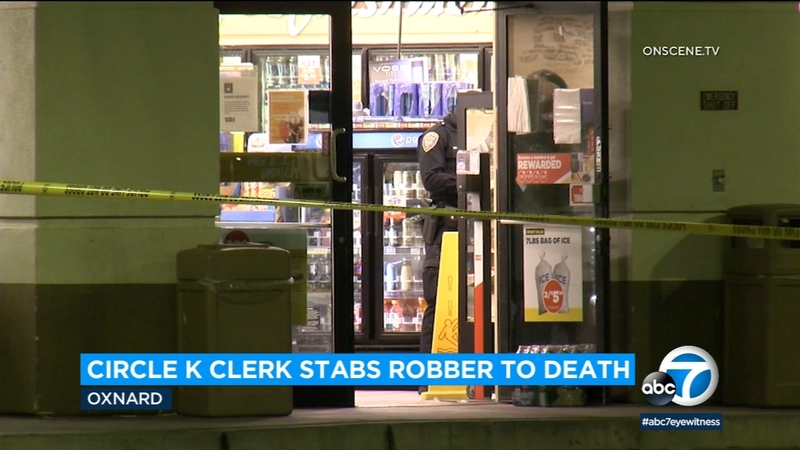 OXNARD, Calif. (KABC) -- The suspect in a robbery attempt Thursday morning at an Oxnard convenience store died after the clerk fought to disarm the suspect, authorities said.

Holding what appeared to be a handgun, the suspect demanded the Circle K clerk turn over money. The clerk complied.

Then the suspect ordered the clerk to come from behind the counter and walk outside into the parking lot.

Fearing for his safety, the clerk produced a knife and stabbed the suspect multiple times, detectives said. The clerk disarmed the suspect, who fled the scene.

Responding officers quickly found a trail of blood leading to the suspect, who had multiple stab wounds. The suspect was taken to the hospital and later died.

The recovered gun was determined to be a replica handgun, the police said. The clerk had no severe injuries.