He was traveling down a highway when suddenly his sunroof exploded.

"The glass started raining down on me. I thought someone had taken a shotgun and blown out the glass. It was so loud," he said.

It was not an isolated incident. Consumer Reports recently analyzed more than 20 years of data from the National Highway Traffic Safety Administration and found shattered sunroofs in at least 208 models across 35 car brands.

Kaufman bought his car in 2015, right around the time when the problem spiked. Those incidents are only the ones reported to the agency. Some manufacturers know of even more cases.

David Friedman, of Consumers Union, the policy and mobilization division of Consumer Reports, was acting administrator of NHTSA in 2014.

"While it's not clear exactly why this is happening, the evidence that is happening is really clear. So automakers should be much more proactive - just recall these vehicles," he said.

The agency is only investigating the 2011 through 2013 Kia Sorento SUV, but Consumers Union would like that to be expanded.

"These sunroofs are shattering and NHTSA has more than enough evidence to consider this a safety defect. They certainly shouldn't wait for a fatality or an injury before forcing the car companies to act," Friedman said.

When it comes to the glass itself, regulators can also call for different kinds of testing and adjust the standards as designs evolve.

"The regulations on sunroofs are clearly outdated. They were designed when they were a lot smaller. Today, they're a lot bigger and sunroof regulation needs to catch up," Friedman said.

While Hyundai declined to comment on Kaufman's incident, they told Consumer Reports, "The safety of our customers is Hyundai's number one priority."

If your sunroof explodes, take photos and video immediately. Then contact your dealership about a repair. If they aren't any help, you can contact the manufacturer. You also may be able to enlist your insurance company, which can put pressure on your dealer to get it fixed.

Finally, you can report the incident to NHTSA, via their website at safercar.gov.
Report a correction or typo
Related topics:
automotiveauto industrysafetyconsumer reportsauto newsresearchcar tips
Copyright © 2020 KABC-TV. All Rights Reserved.
CAR TIPS

Ice on your car? Do's and don'ts of de-icing your vehicle 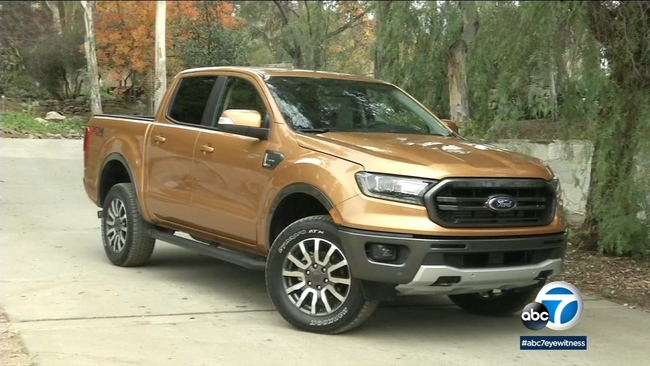