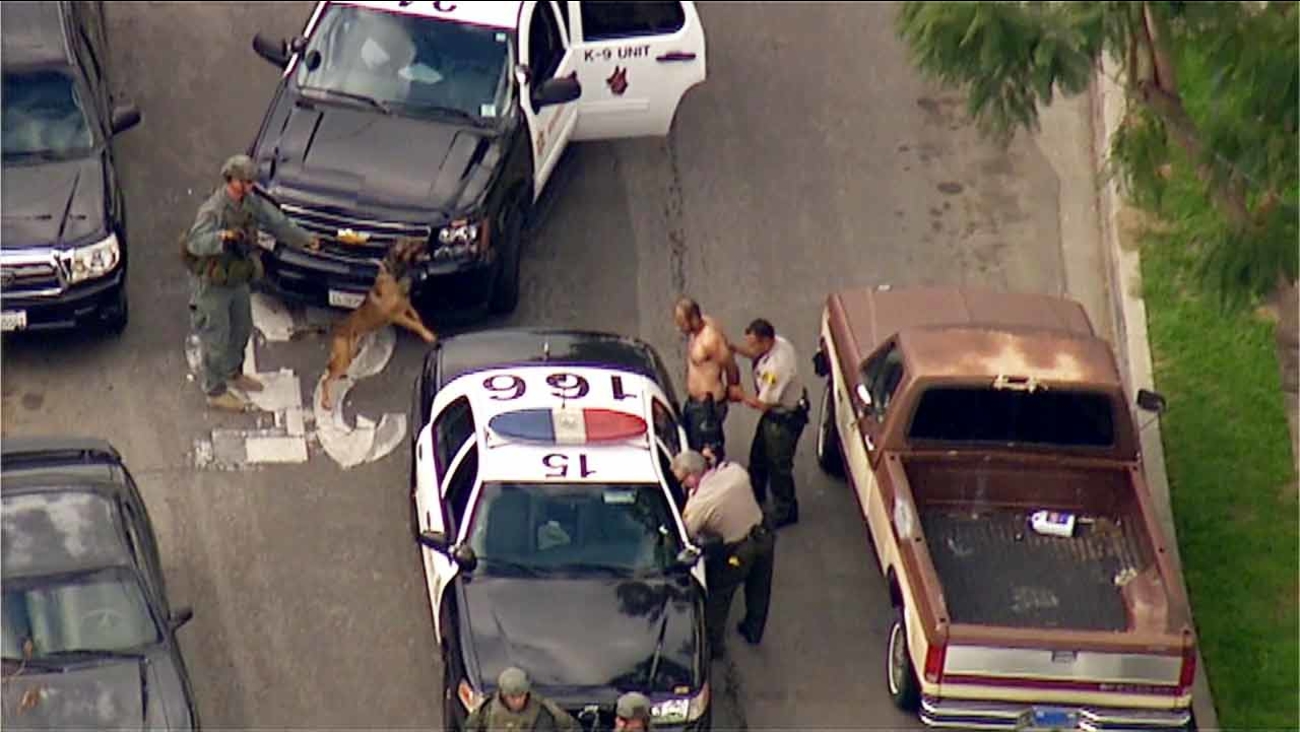 A stolen vehicle suspect is taken into custody in the 2300 block of Pearson Avenue in Avocado Heights on Friday, Feb. 27, 2015. (KABC)

WHITTIER, Calif. -- A car theft suspect surrendered to deputies after barricading himself in a house near Whittier on Friday after leading sheriff's officials on a pursuit.

The suspect was led out of the house, handcuffed and taken into custody around 9 a.m.

A sheriff's helicopter was pursuing the suspect, when he crashed at Peck and Rooks road. It was unknown if anyone was injured in the crash.

The suspect exited the wrecked vehicle and fled the scene on foot.

He then barged into a home on the 2300 block of Pearson Avenue in the Avocado Heights neighborhood.

Investigators said the residents were able to run out of the home after the suspect burst through the kitchen door. No injuries were reported.