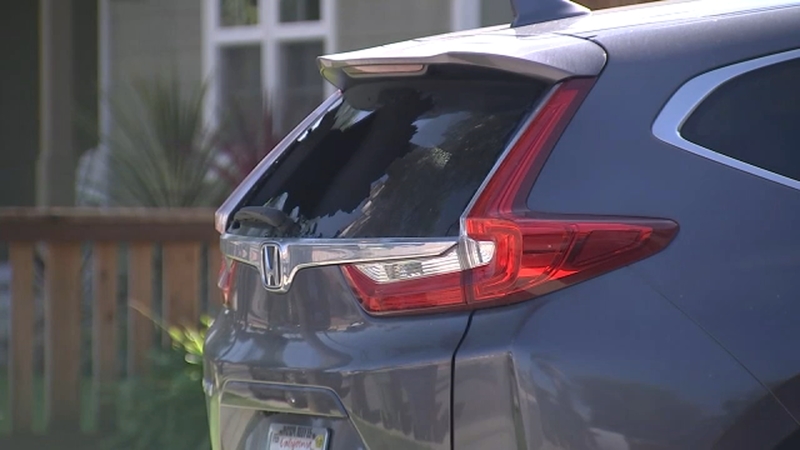 HUNTINGTON BEACH, Calif. (KABC) -- Police arrested a suspect who is accused of damaging property and multiple cars in a Huntington Beach neighborhood with an axe.

Officers made the arrest after receiving several reports Monday of an armed man walking in the area of Bushard Street and Adams Avenue.

Witnesses reported seeing the suspect walking up and down the street with an axe, smashing cars and other property in the neighborhood. One witness said he saw the suspect throw a rock at a truck that was driving by.

The suspect, described, as being in his 30s, was located upon their arrival and was taken into custody without incident, according to a Facebook post from the Huntington Beach Police Department.
There were also reports of numerous slashed tires and broken residential porch lights, police said. The axe was later found in the area.

Due to the "volume of vandalisms," authorities were unable to file a report for every victim and are asking them to contact the department by calling (714) 960 - 8811.
Report a correction or typo
Related topics:
huntington beachorange countyarrestweaponsvandalism
Copyright © 2021 KABC-TV. All Rights Reserved.
TOP STORIES
Strike dodged with deal between film and TV crews, studios
Dodgers say Knebel, not Scherzer, will start Game 1 of NLCS
Robert Durst hospitalized with COVID-19, his lawyer says
2 women killed when SUV crashes into pole in Lancaster, deputies say
MacArthur Park temporarily closes for cleanup, renovations
Bill Clinton expected to be released from OC hospital soon: Doctors
Masks and vaccines are a must this holiday season, CDC says
Show More
Woman offering $600 reward after car was stolen with dog inside
8th grader wears sign denouncing Christopher Columbus to school
Carson residents say foul odor in the air is making them sick
Hot, dry, windy: Red flag warning in effect for LA, Ventura counties
Here are the systems in place to prevent mix-ups of vaccine shots
More TOP STORIES News