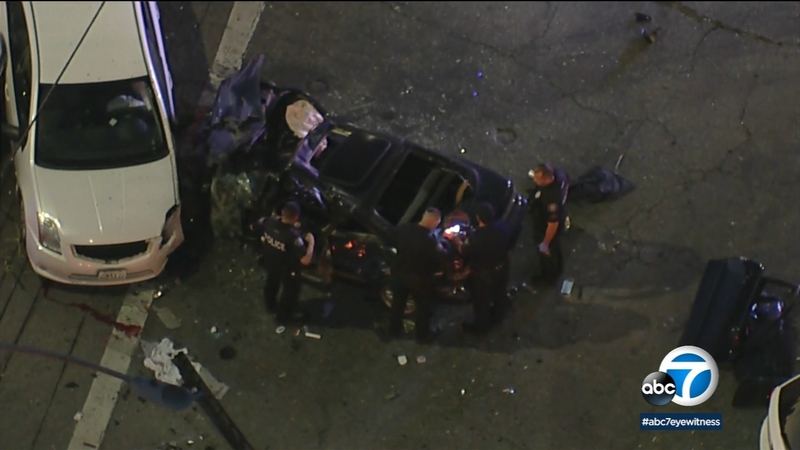 The pursuit started in Azusa as officers chased a 1997 Acura Integra that was reported stolen.

The suspect fled to Glendora until crashing into multiple vehicles at the intersection of Barranca Avenue and Arrow Highway in Glendora around 5:47 p.m.

It appeared at least five vehicles were involved in the collision. Six people were left in critical condition, according to the Los Angeles County Fire Department.