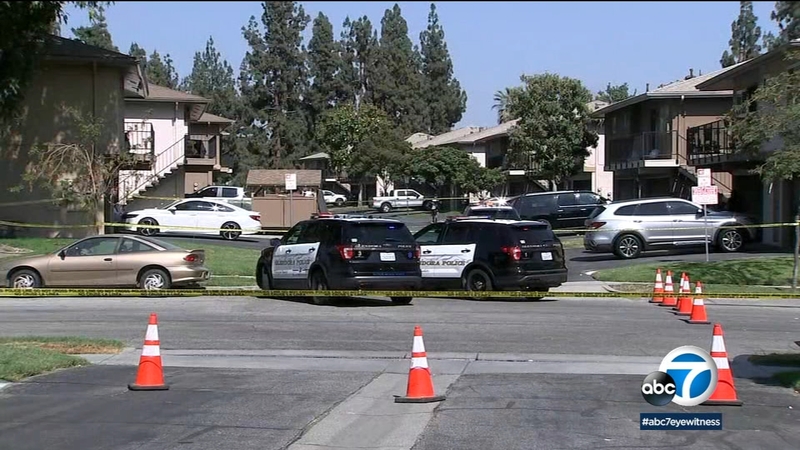 AZUSA, Calif. (KABC) -- A man was shot and killed by police in Azusa after they say he charged at them with a large kitchen knife Sunday afternoon.

The shooting happened around 12:50 p.m. after Azusa police officers responded to a domestic dispute call at an apartment complex on the 900 block of West Sierra Madre Avenue, according to the Los Angeles County Sheriff's Department, which is assisting with the investigation.

When they arrived, officers gave the man multiple commands to drop the knife.

"The suspect walked in and out of his home multiple times looking frustrated and irritated," according to the department.

At least one officer opened fire after a less-lethal weapon failed to stop the suspect, who then rushed toward them with the knife.

A neighbor told Eyewitness News he saw the man yelling at police minutes before officers drew their guns. He says he then heard between four and six gunshots.

The man, who has not been identified, was pronounced dead at the scene.