'I wanted to give her comfort': Deputy recounts rescuing newborn left in plastic bag 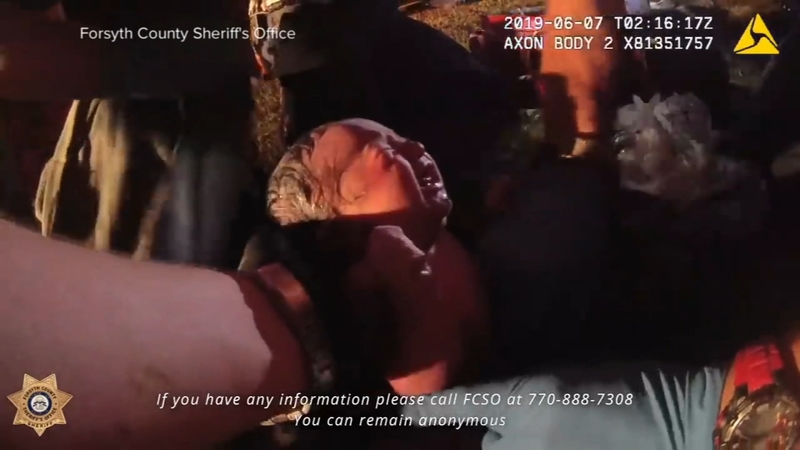 FORSYTH COUNTY, Georgia -- A Georgia family and local sheriff's deputy are opening up about the "emotional" moment they rescued an unidentified baby girl who was abandoned in a plastic shopping bag.

The baby, temporarily named India, was found in good condition in a somewhat isolated, wooded area of Forsyth County on the night of June 6, according to the Forsyth County Sheriff's Office.

Her umbilical cord was still attached. Authorities believe she was born within hours of being found.

Bodycam video shows officers ripping open a plastic bag to find a newborn baby girl who had been abandoned on the side of a road in Georgia.

"When we were able to pick her up, wrap her up, get her a little warm, I was able to talk to her a little bit," Forsyth Sheriff's Deputy Terry Roper, who was the first to the scene, told "Good Morning America" on Wednesday.

"I wanted to give her comfort," he said. "A little bit later I realized it was the first time she had felt love, and I felt honored to be able to give her that."

The sheriff's office said Wednesday that she's "thriving and is in the care of the Georgia Department of Family and Children Services."

It was a 911 call was made by a local family that led to India's rescue.

The Ragatz sisters were unloading a trailer outside their house when Kyler Ragatz said she heard what she thought was a cat.

Her sister, Kayla Ragatz, said, "It sounded like a baby, but you never would think that it's a baby."

The sisters decided to grab flashlights and check the sound out with their parents.

"She was in the plastic bag tied up, but her arm had come out of the bag," Kayla Ragatz told "GMA."

Kyler Ragatz said she "started bawling ... it was just so emotional."

Freeman called the family "the heroes in this."

"To hear a noise that is a considerable distance from their home, that this baby can cry this loud while being tied up in a plastic bag ... to think they actually went and took the time to go investigate this," Freeman told "GMA" on Wednesday. "Without them, this is an entirely different and much more tragic story."

But the sheriff said he still needs to know who left the baby and why.

"Whoever left this child there did not leave this child with the intent of it being found," Freeman said. "We need the public's help ... somebody knows something about Baby India."

The sheriff's office on Tuesday released some body camera footage from the scene in the hopes of getting information on India's identity.

In the video, the crying baby is heard as responders rush to help. The deputies take her out of the plastic bag and scoop her up into a makeshift blanket as little India wraps her hand around an officer's finger.

Anyone with information about Baby India's identity is asked to call the tip line at 770-888-7308.

Georgia's Safe Haven Law allows a mother up to 30 days after birth to leave a baby with an individual at a hospital, a fire station, a police station or sheriff's station, the sheriff said.