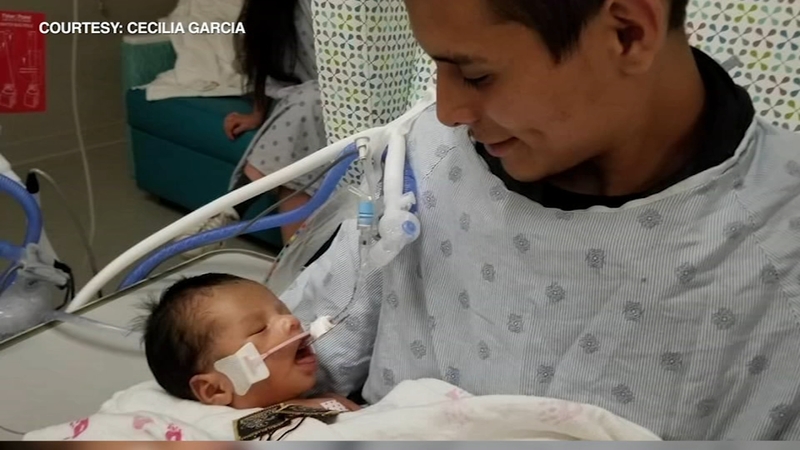 The baby's 19-year-old mother was lured to a home on the Southwest Side, where police said she was killed and had her baby taken from her womb on April 23. The baby, Yovanny, had been hospitalized in intensive care before dying Friday.

In a statement, the spokesperson said, "It is with great sadness that we inform you of the passing of baby Yovanny Jadiel Lopez. He passed away this morning Friday June 14, 2019 from his severe brain injury.

"Please keep his family in your thoughts & prayers as they go through this difficult time."

Ochoa Lopez's family has been by her baby's side for weeks praying for his recovery. The baby initially couldn't breathe or eat on his own.

The murder of Marlen Ochoa-Lopez has affected people all over the city, including an artist who turned his shock and horror, into a thing of beauty.

According to the Department of Children and Family Services, the hospital contacted the agency on May 9, more than two weeks after Figueroa first checked into the hospital.

Three weeks after Marlen's disappearance, police said her remains were found in the Southwest Side home where police said she was murdered.