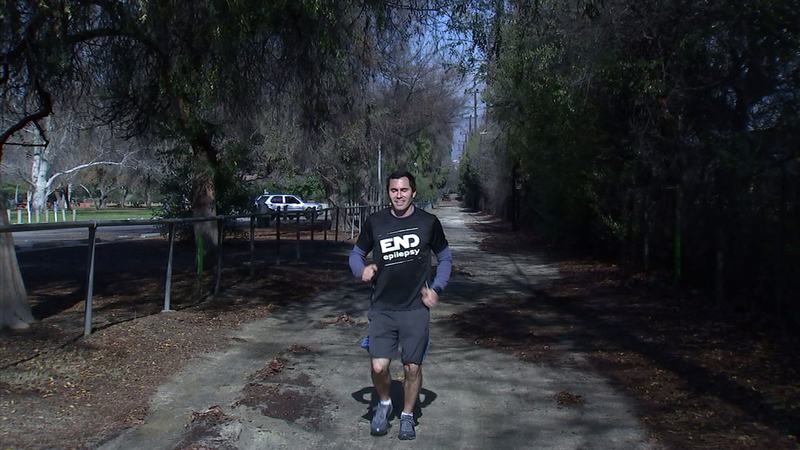 LOS ANGELES (KABC) -- Loren Zitomersky hears "You're going the wrong way" a lot when he runs around Southern California.

Not really - he's just in training.

The dedicated runner is planning to run the Boston Marathon - all 26.2 miles - backwards.

But when he qualified for Boston, he decided to go big.

He opened up the Guinness Book of World Records searching for one that seemed attainable.

He didn't want to dress as a frog, or anything like that. So he decided to run backwards. The current record for running backwards was slower than his running forward so he's giving it a shot.

When Zitomersky was 12, he rode a bike with his father from San Francisco to Los Angeles to raise money for epilepsy, the disease that took his older brother at age 7.

He remains dedicated to the cause.

Training to run long distances backwards is no easy task. He's had to go to his doctor for pain throughout his legs. But he understands that is nothing compared to what those with epilepsy endure.