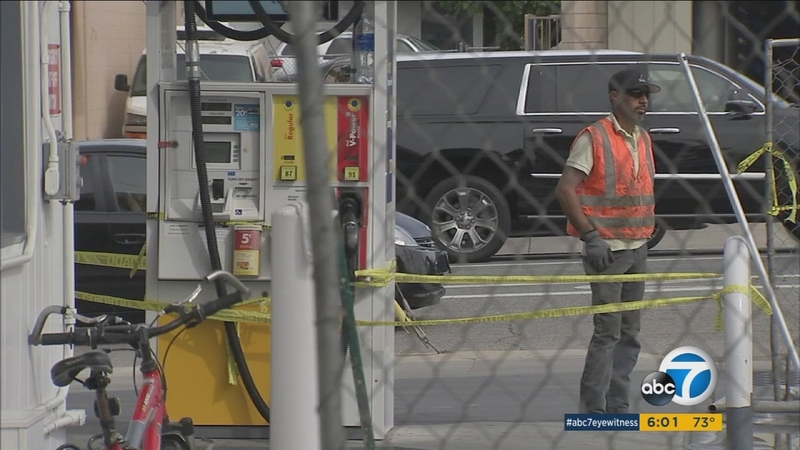 TARZANA, LOS ANGELES (KABC) -- Dozens of vehicles were damaged after filling up with bad gas at a Shell gas station in the valley and inspectors said heavy winter rains may be to blame.

The gas station located at Lindley Avenue and Ventura Boulevard was only offering unleaded gasoline on Friday after its higher octane fuel was tainted.

Customers began complaining about damage to their cars on Tuesday. David Rafaelsharj said his friend filled up and her car barely made it onto the road before the engine stalled.

"It's going to cost them about $4,000 more or less to fix it," Rafelsharj said. "They have to use their insurance and then deal with the gas station or the company or they pay out of pocket. I don't know."

Manager Moti Balyan said about 20 to 40 customers pumped the bad fuel. Balyan said he shut the pumps off after receiving complaints about the gas, which he said appeared to have been caused by a crack in an underground tank.

"There is some kind of small crack, and because of the crack, water and some other sediment got into the gasoline. The investigation will tell us what the cause of the crack is," Balyan said.

State inspectors said the crack may have been caused by erosion from the heavy winter rains. The manager said technicians were inspecting the tank to determine the exact cause.

Balyan said the gas station has already paid out thousands to reimburse customers whose vehicles were damaged by the fuel.